Last week, Gina’s 9th graders embarked on a two-fold process of discovery based within the continual association of two questions: ‘what is science?’, and ‘what is Science class?’ For the first, they are coming to terms with the scientific process, which helps to explain the methods by which the discipline continuously strives to solve the riddles of the universe (no small task). For the second, they are experiencing and experimenting with all the normal nervous and quirky wonderings of the first weeks of 9th grade, including how to make sense of the specific idiosyncrasies of their different teachers. To assist them in both capacities, Gina has merged the two processes by using the class, itself, as an analogue for the scientific process. Very ‘meta’. What does that mean? Well, the scientific process rests on the following modes: question, research, formulate hypothesis, experiment, and publish. By thinking about and articulating how those same steps apply to Science class, too, the students are bringing tangible, relatable steps regarding themselves to the abstract idea of imagining scientists in the field. For instance, last Friday’s class began with a ‘low stakes quiz’ in reaction to a reading on the scientific process, and Gina made clear that the results would formulate a round of data collection (students’ results in comprehending the reading) that would help her to modify her own experiments (lesson plans). The four questions were based in comprehension of the reading assignment, and then students added a self-evaluation by applying a short key per answer: star for “I certainly knew that”, and ? for “maybe I knew; not sure.” The results, therefore, became two different sets of data – what students actually knew and what they thought they knew – and each can now be measured and cross referenced to assess how well they prepared. Moreover, the students had been pre-assigned to two different control groups: both read the same assignment, but one was merely given the reading, whereas the other was also given time to write, reflect, and ask clarifying questions within a discussion prior to the quiz. Therefore, the different data sets for each group also provide evidence for which study methods resulted in higher comprehension.

Gina followed the quiz with a series of metacognitive steps by which students expressed the differences they had experienced in process and outcome. They discussed answers to prompts such as, “Let’s talk about what we just did” and completed memory-enhancement practices such as ‘brain dump’ and ‘kinesthetic association’ that Gina had picked up as experimental practices from her faculty summer reading. Together – teacher and students — are all figuring out the modes that work best for them as a group and contemplating how such processes apply to, and speak about, the time-honored methods of collecting and assessing scientific data in the field. As a logical extension, therefore, they culminated the class period by heading into the field to collect their own data. One of our new Teaching Residents, Hannah (herself experimenting with the various processes of teaching), took over in dividing the students into four groups around the pond to investigate distinct plant life: cat tail, aspen, willow, and lupin. Hannah likewise provided questions by which the students focused their empirical data. She asked, “What specific characteristics do you notice about your plant?” In attempting to produce a detailed drawing, the students trained their eyes on intricate detail. In the process, they formed their own questions. “What are those spots on the leaves of the aspens? Why does the willow appear to be a collection of different stems lumped in the same area? Why is the cat tail pointy on top?” Since their questions originate in their own observed data, the next step (which they’ll begin this week) involves devising a hypothesis and accompanying experiment to arrive at their own data sets. By imbedding the purposes of the subject matter within the content, Gina will be able to assess not only the steps of the scientific method that each student understands but the degree to which they are able to apply their learning to the course of their own discoveries. 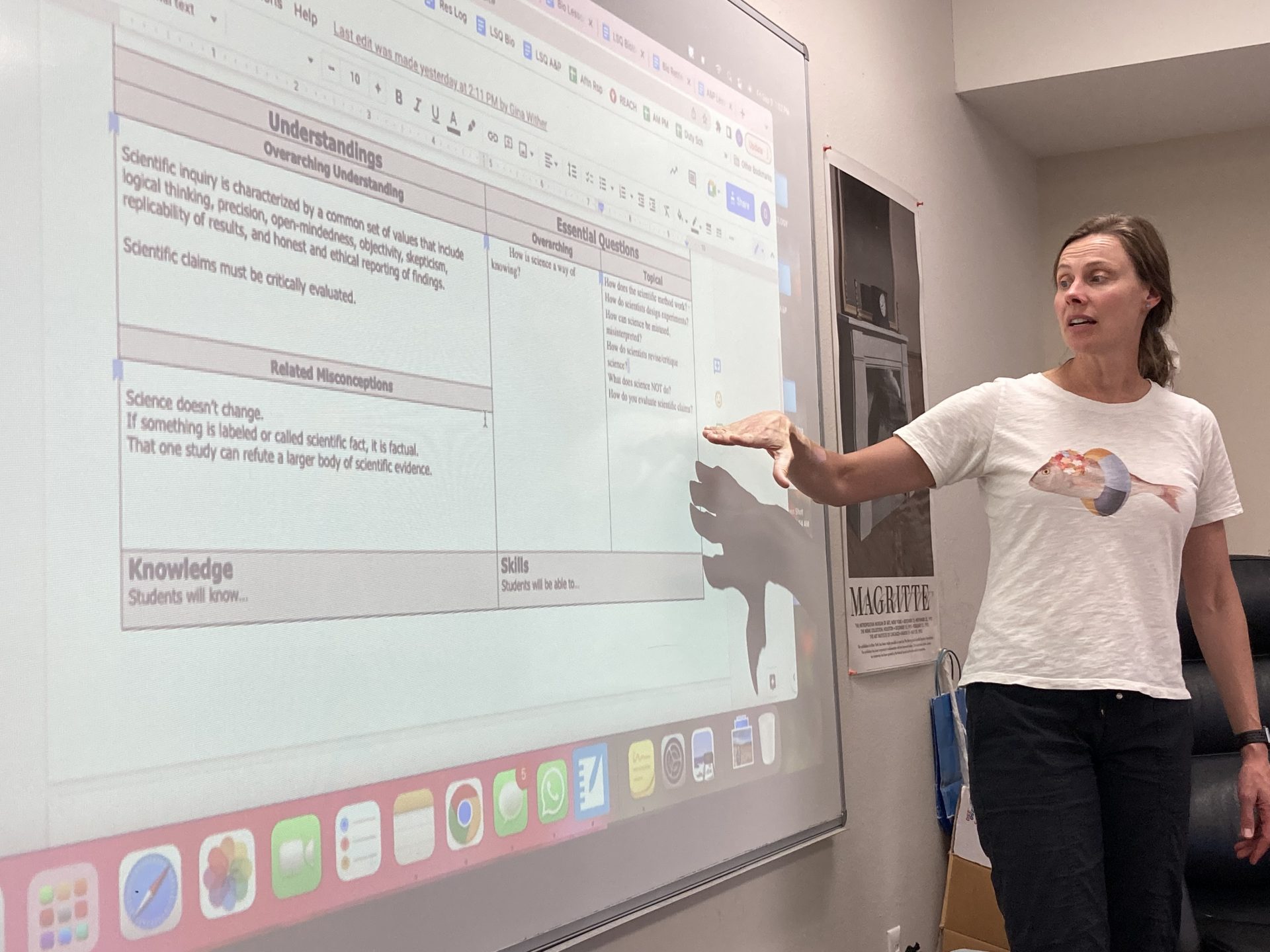 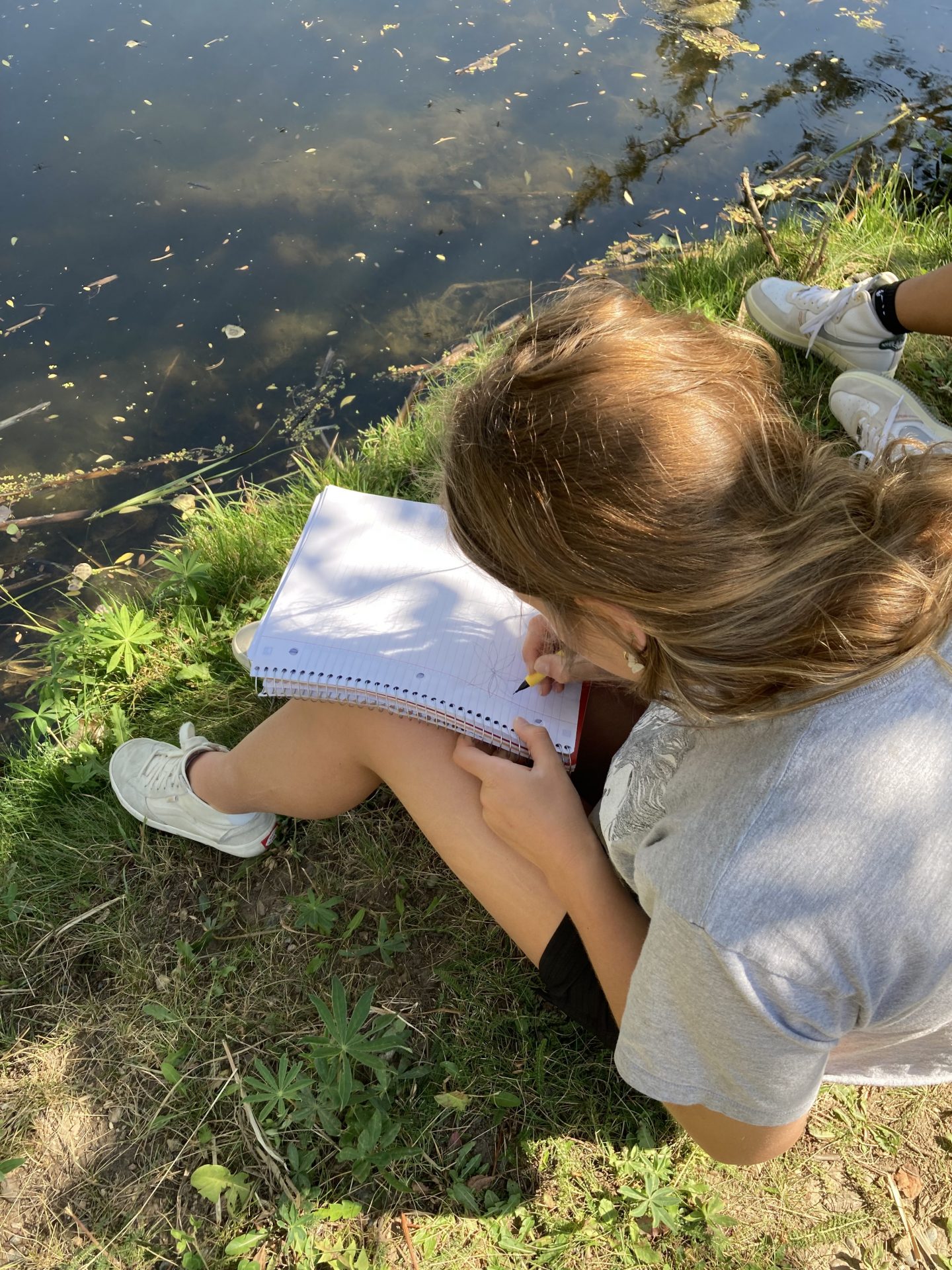 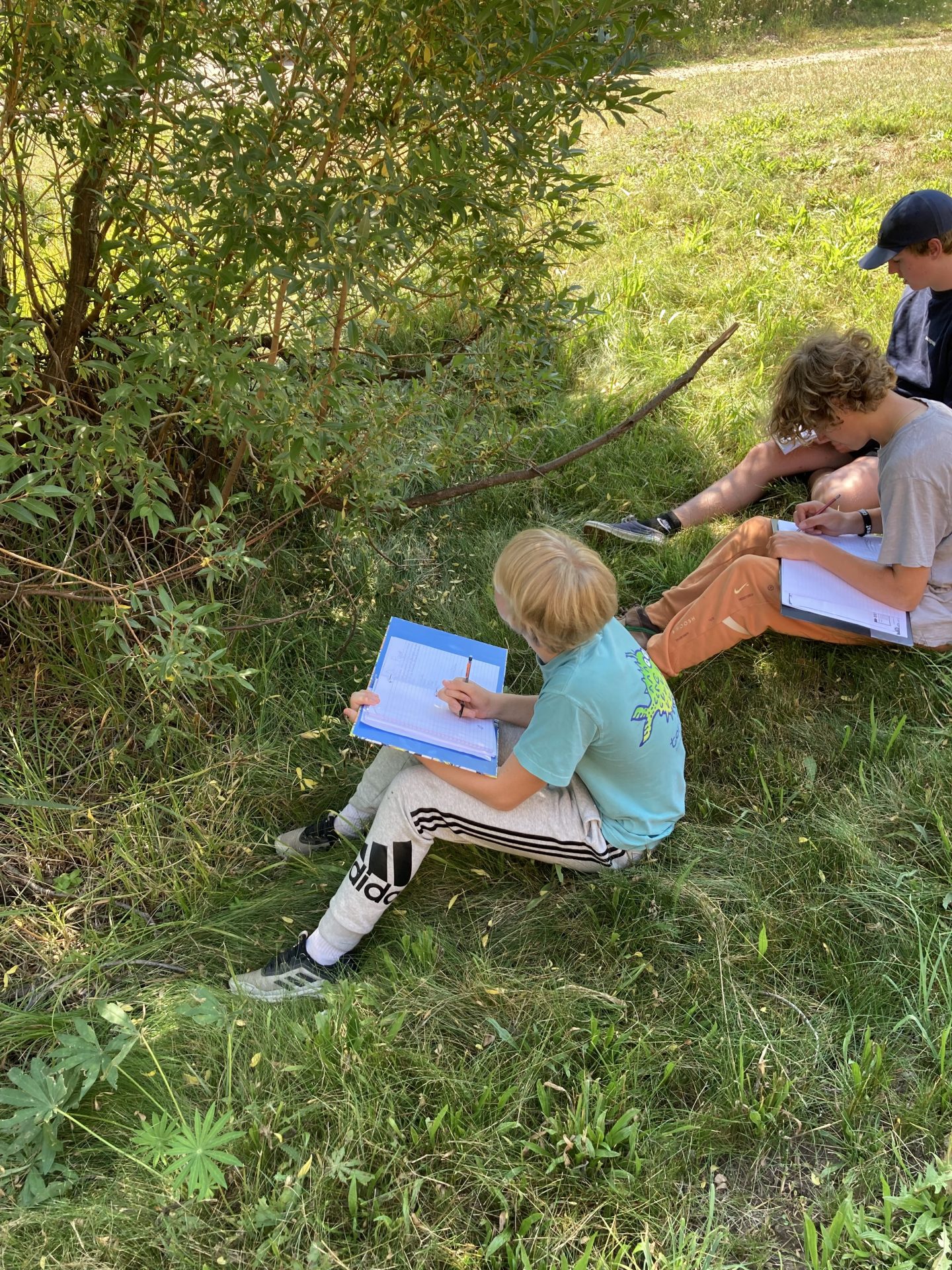 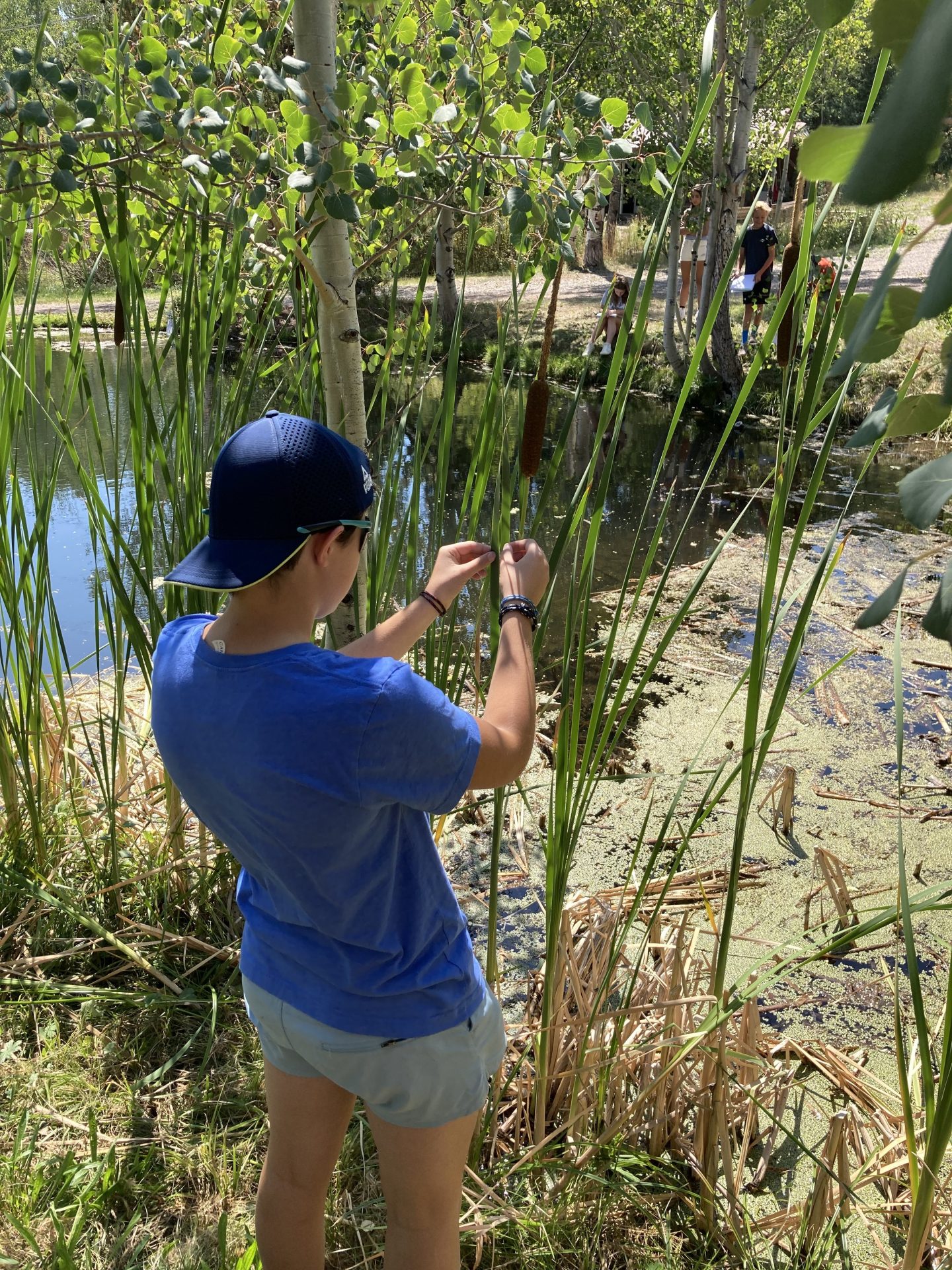 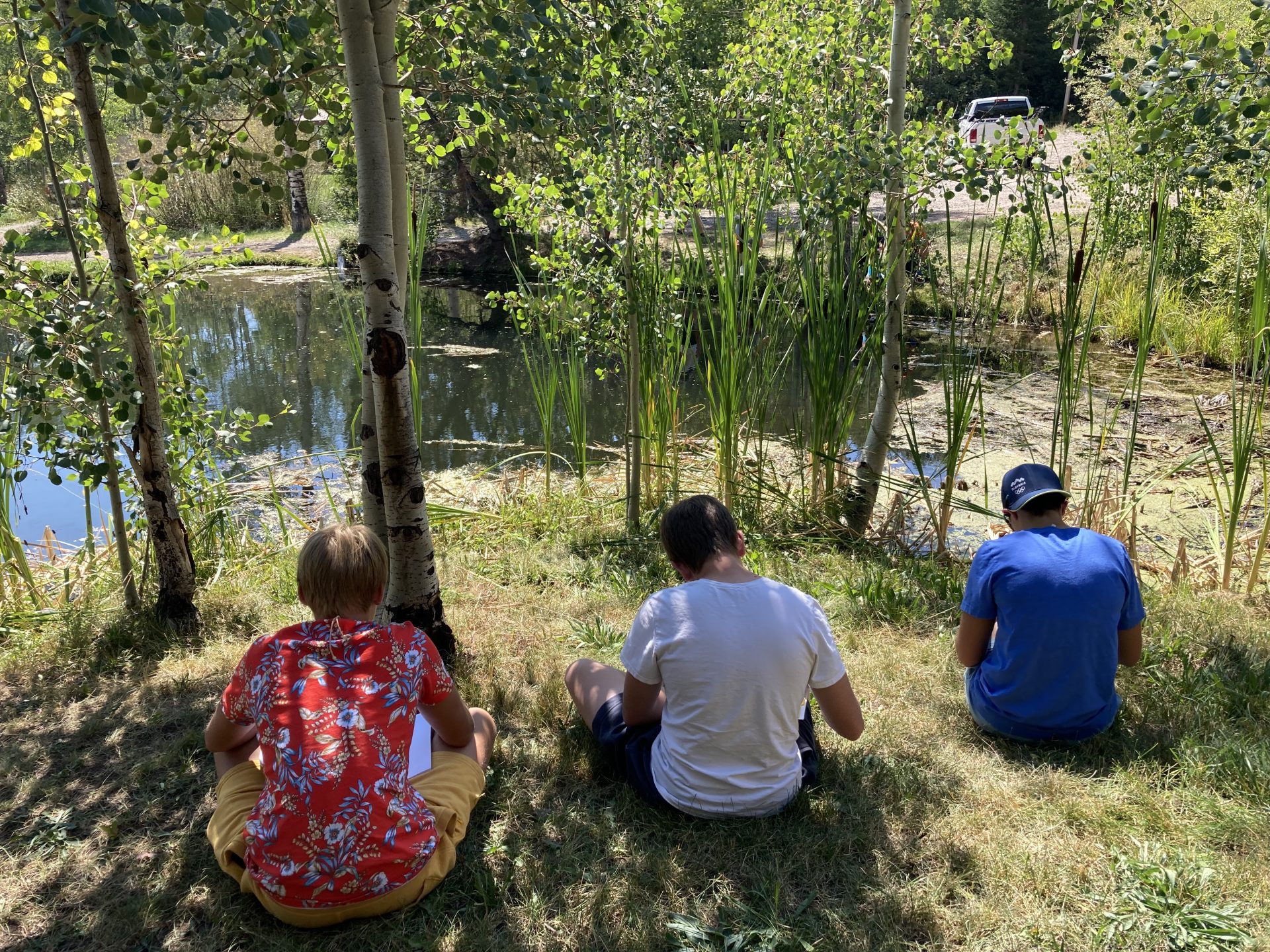 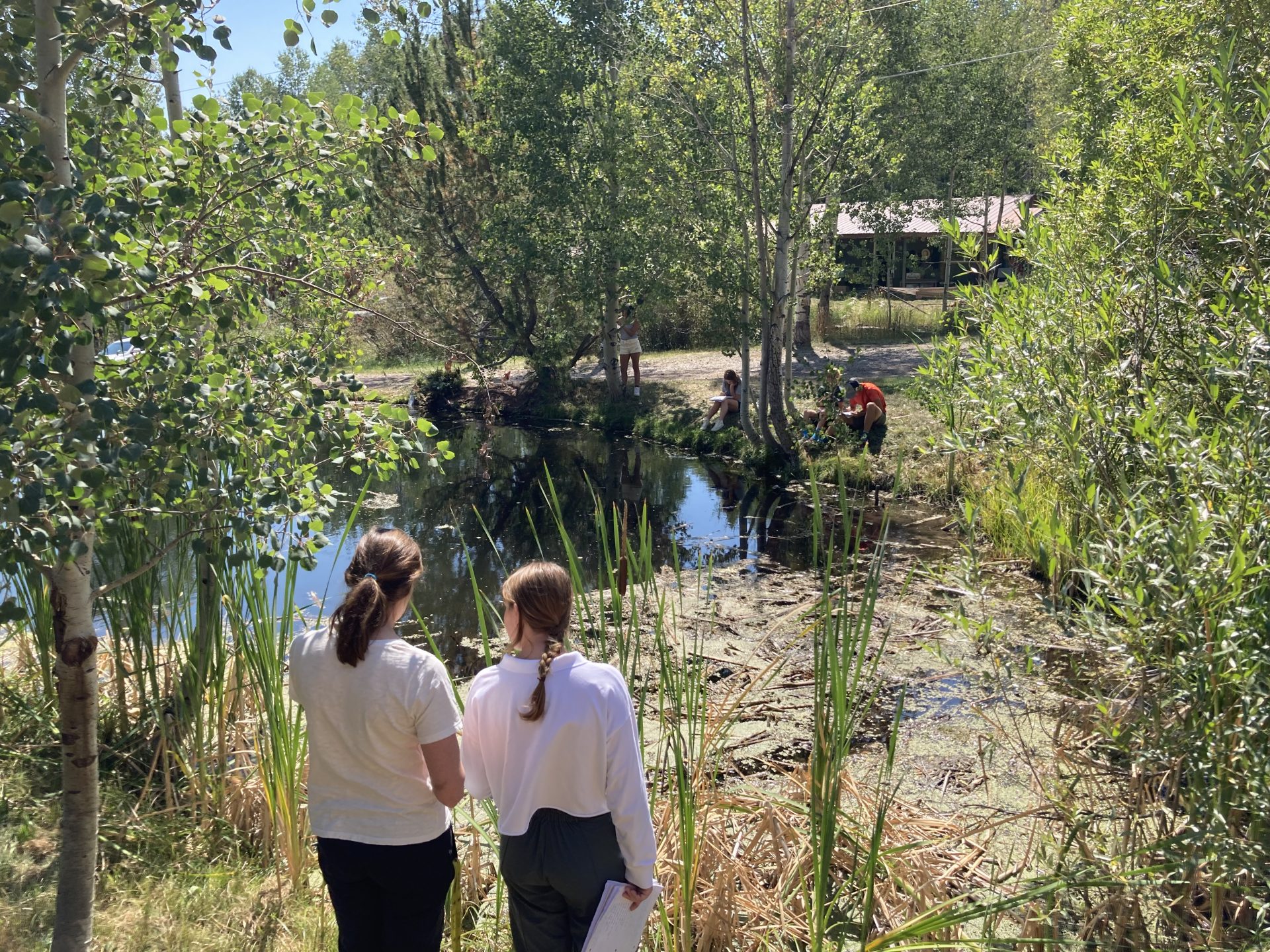 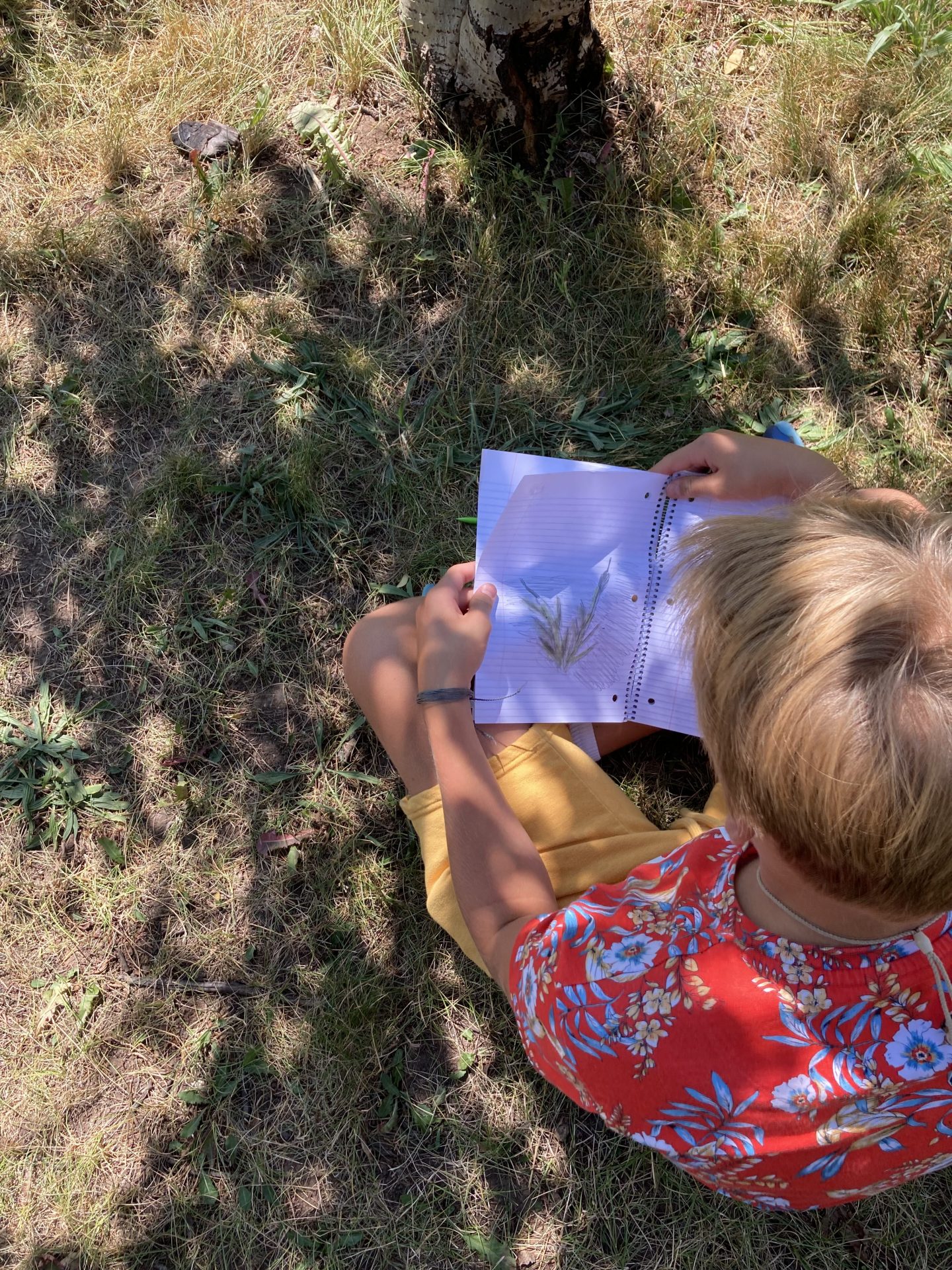 A Week In Crested Butte

The SMS monthly college guidance blog geared toward our junior and senior families written by SMS Director of College Guidance, Erin Daivs. The College Summit is typically broken out into three sections: For Seniors, For Juniors, and Resources.

Last Thursday through Saturday, the Upper School embarked on Orientation camp trips, our yearly tradition to get out in the woods before classes begin and help students further their practices of expedition behavior.

On Saturday, faculty and staff gathered with families and guests to celebrate Commencement for the 2022 seniors. Head of School, Samantha Coyne Donnel’s speech spoke to the value of the SMS experience of the class of 2022's time at SMS, “Last year Gina Wither shared with me that SMS’ unofficial motto is ‘you’ll thank us later’.

The SMS community came together to honor students for their 2021-22 achievements.

The Steamboat Mountain School’s IT Explorations class recently visited Yampa Valley Sustainability Council (YVSC) to recycle electronics. Landfills will not accept electronics due to the possibility of leaking toxic contaminants, sparking fires, or causing other hazardous conditions. Anything that has a battery or plugs in can be recycled at YVSC!

Last week, the 6th graders carried on the MS tradition of putting a Greek character on trial. The case this year revisited Euripedes’ Medea, and the students were limited to the classic text (in translation) as their evidence.

"Come Together" a HUGE success!

The SMS community hit the weekend running last Friday with the spring “Come Together” auction. As a culmination to the year’s giving campaign, and centered on a Rock-and-Roll theme

Reflections from Dir. of Outdoor and GS Programs.

There is a common saying in the world of travel, something along the lines of “the act of planning a trip is often more fun than the trip itself.” I’m sure there are those out there that would disagree...

Two weeks ago, the 7-8 class took a nine-day trip to Costa Rica with the World Leadership School. We stayed at the Chilamate Rainforest Eco

San Luis de Monteverde is a rural community on the edge of the cloud forest. When we first arrived, it didn’t feel like much of a town at all. We needed some context. After all, we were going to be here, staying in homestays...

This week Ms. Durkan's biology class is learning about the variety of lifeforms on our planet and how humans define intelligence in other organisms. More specifically, they are studying a protozoan species of slime mold nicknamed "The blob".

5th and 6th grade take on the Colorado River

Last week, 5th and 6th graders braved the rapids of the Colorado River and enjoyed the spectacular vistas of the Utah red rocks east of Moab for their spring trip. I was fortunate to be among the faculty...

Mountains to the sea and back again!

This group has seen and accomplished so much in the past week! They have traveled from mountains to the sea and back again.

The Trek de Ordiales in Pico de Europa National Park was strenuous but beautiful (see handstand pictures below). The next few days

Greetings and buenos dias from Spain. We’re writing to you from Granada before our departure for Nerja. Nerja marks the beginning of the trip’s “Expedition Phase” wherein everything we do was planned by the

The Trek de Ordiales in Pico de Europa National Park was strenuous but beautiful (see handstand pictures below). The next few days

Hola from Ecuador! We write to you sweaty with bellies full of plantains. Our two trusty guides, Reyna and Jorge, have led...

We left off our last update in San Luis with students exploring the Cloud Forest, touring the coffee plantation, and performing trail work in Monteverde.

Where is this thing going?

Asking a kindergartener to tell you a story is always an interesting task, one surely filled with adventurous intrigue, but that may also try the patience of even the most hearty of souls. One tends to wonder, ‘Where is this thing going?,’ often including the storyteller, who may not be at all sure until the plot hits an unforeseen roadblock. To assist the design and outcome of such undertaking – while fostering its creative merits – Merrick has recently designed an ingenious unit for the Eagles.

Denver to the Gulf of Nicoya

Director-remote, what would Shakespeare think?

Q&A With An Alum

Rotary Student of the Month

How the American West explored?

Congrats to two members of the Class of 2021 for making U.S. Ski and Snowboard teams this season. Cooper Pucket and Riley Jacobs...

Reflecting on 20 years of GS

What does Dia de los Muertos have to do with geometry?

Are you ready to RMBL?

Whats the deal with boarding school?

Are you ready for more authentic work?

A Quest for Scientific Knowledge