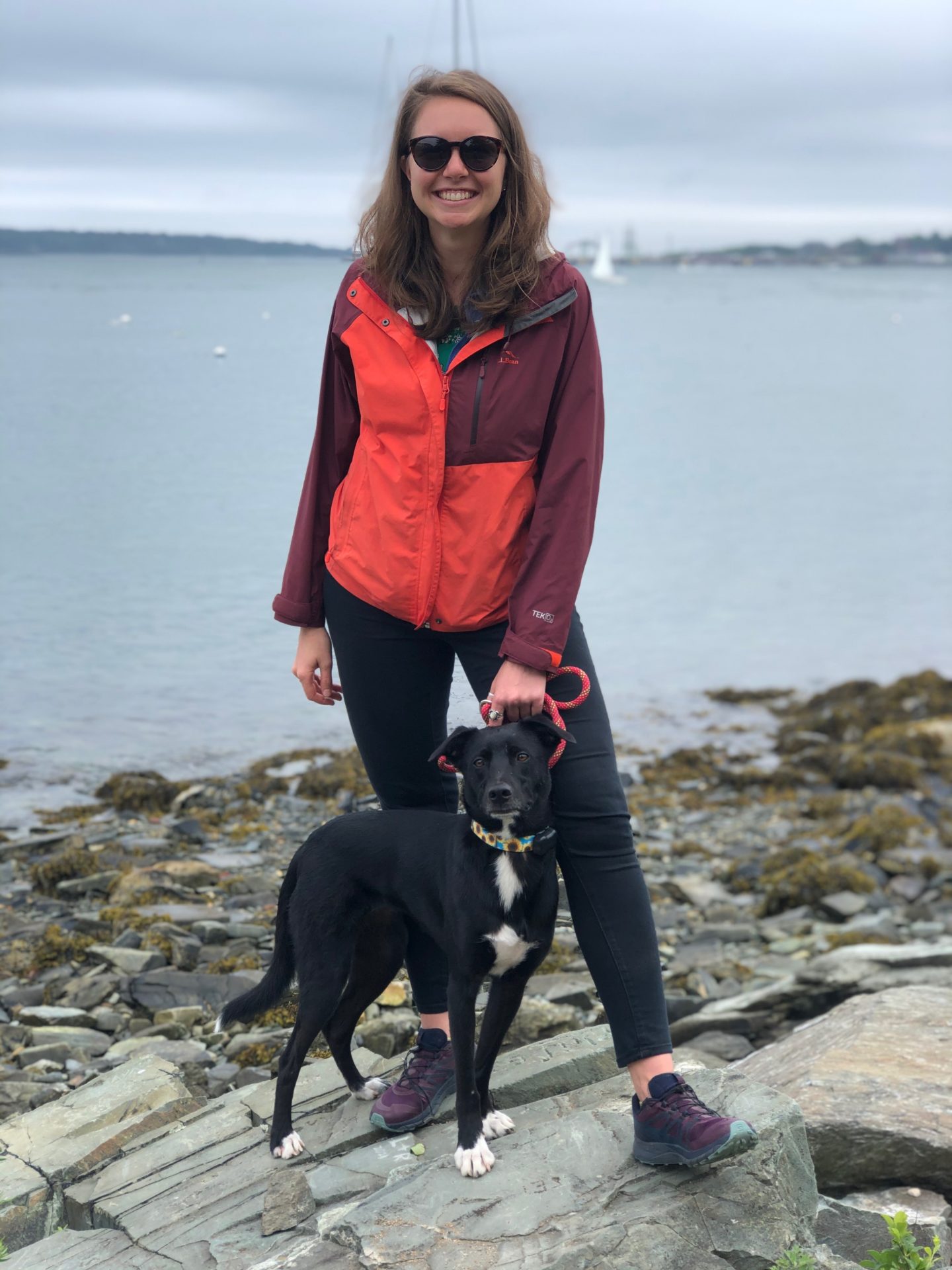 This fall, the Emerald Campus welcomed Andrea Noble, who now teaches 7-8 Social Science and Spanish for the entire Middle School. Having spent most of the past ten years in New England, Andrea found SMS by happy accident. A graduate of Bowdoin College in Brunswick, ME, where she completed a double major in Spanish and History with a minor in Teaching, Andrea earned her chops in teaching while living in Ecuador at Universidad Técnica de Cotopaxi, Extensión La Maná during 2015-16, then in Boston, where she taught high school Spanish at Codman Academy Charter Public School for four years. She loved many aspects of the East Coast, including the general proximity of the New Hampshire mountains, the ocean in Maine, and even in New York City. Somehow, too, she evaded the veritable requirement of becoming a Red Sox fan, preferring to spend her time hiking, Nordic skiing, and hanging out with her adventurous dog, Cora. Andrea grew up in Cora, Wyoming, actually, and although she had acclimated well to New England, her heart remained in the west. She states, “When I was an 18-year-old heading to college, I always knew that I wouldn’t be on the east coast forever, and that I would eventually come back. The question was really when and where.” Certainly, the pandemic helped to expedite her decision. She adds, “when you’re learning how to live in a city, but then you have to stay in your apartment all of the time, it kind of defeats the purpose.” As infection rates in Boston soared, Andrea returned to Wyoming, where she finished the 2019-2020 school year teaching classes remotely. She returned to Boston for the following school year, but still couldn’t teach in person until the final weeks of May, 2021. It was a challenging experience. She loved her kids, but she felt drained and needed a change of venue. Fortunately for SMS, as Andrea states, “Most of my life has been a series of epiphany moments.” She found the description of the school on her first-ever glance at the NAIS website and thought, “yes, that sounds like me.”
Andrea had never set foot in Steamboat prior to her arrival in August, but she’s quickly found her bearings. She states, “It’s really fun being in a K-8 school now and seeing kids of all different ages. I even like recess duty, watching all the different ages running around with each other. I appreciate the level of autonomy and flexibility I have within the community, but also that I can seek out advice and support from colleagues. I was on an island in Boston.” So far, her favorite local discoveries have been hiking-related with Cora, including Devil’s Causeway and the peak of Flat Top Mountain. She states, “I know I’ll miss the New England fall, but fortunately the Colorado foliage has been exceptional.” Likewise, she has quickly established report with her 7-8 advisory, whom she describes as, “Fun (so fun), and inquisitive. They genuinely care about my transition to Steamboat. Sometimes I’ll just say it as a joke, as ‘you need to teach me how to ski’ or ‘tell me what restaurants to go to’ and they’ll tell me, along with how and why to get mad at Texas drivers, and whatnot. They care about me. And they also care about each other. They’re much like siblings.” Having established a regular walking route around town and developed a growing list of favorite haunts, Andrea plans to expand on her Nordic skiing this winter. Although an alpine racer in high school, she “can count on two hands the number of times I’ve been alpine skiing since,” and she’s looking forward to skiing Steamboat for the first time.
In the few months before she left Boston, Andrea was featured in a developing story in the Boston Globe, which was recently published. The idea originated with a brief questionnaire on Instagram, as the paper was looking for stories from millennials on how they were handling the pandemic. Andrea became one of six featured interviewees, and you can read her story, developed over several months, by clicking here.