What does Dia de los Muertos have to do with geometry? 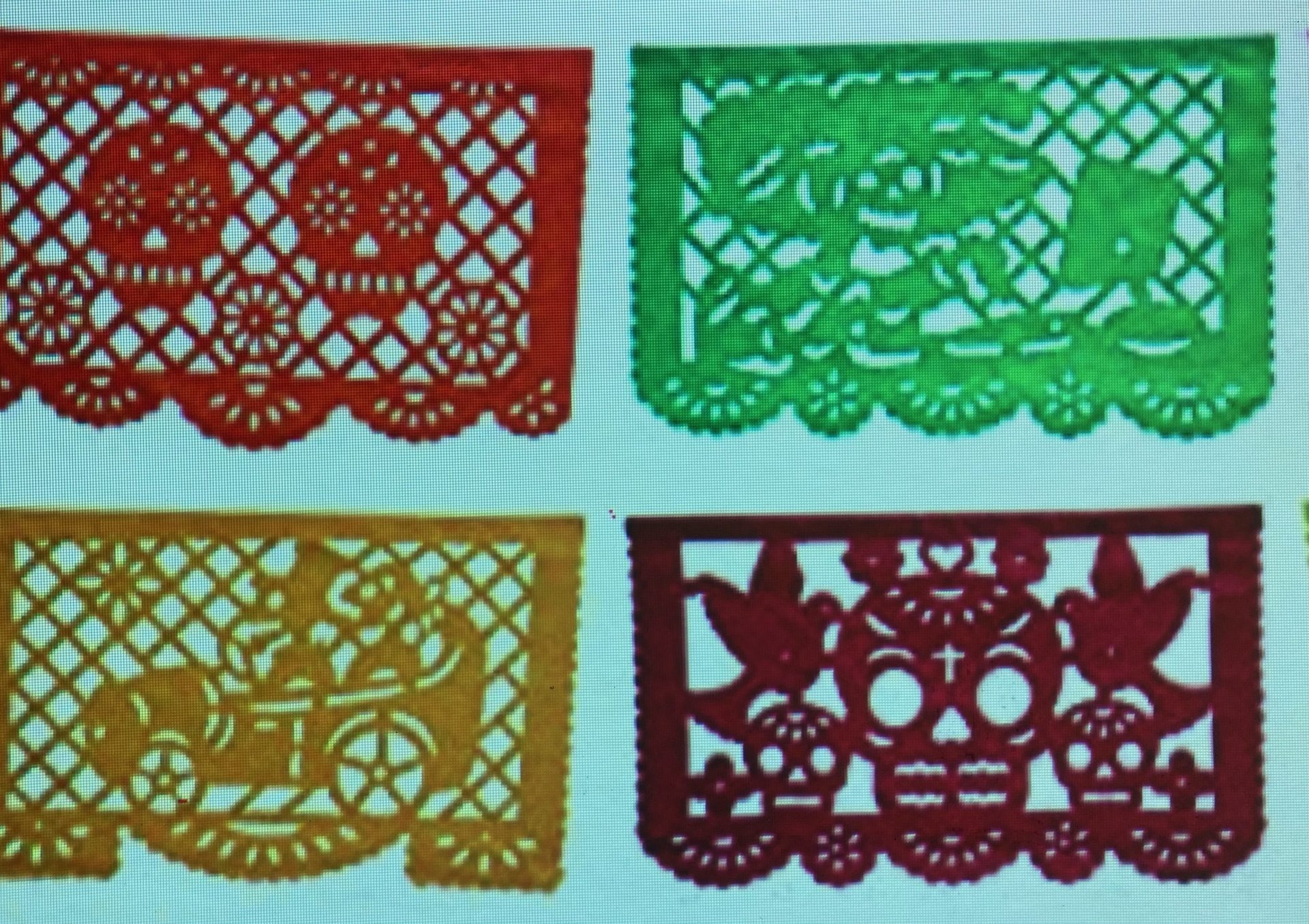 An ofrenda, the altar typical to Mexican celebrations of Dia de los Muertos, is meant as a communal focal point. Highly visible within a complex holiday that weaves multiple cultures across differing traditions, the ofrenda is a place of gathering. Very different than the American association of the macabre or monsters with Halloween, the act of coming together at the ofrenda unites the living with the dead to commune in celebration, to share common space, and to tell stories. As a concept for the classroom, therefore, building an ofrenda is likewise an excellent opportunity for collaborative work and design thinking. This year, Josh’s students across grades K-4 are applying their developing Spanish skills to a multitude of disciplines as they conceptualize, prototype, and ultimately build an ofrenda. The thinking and discussion most readily involves mathematics, prediction, and applied logic in problem-solving, which means that the Spanish that Josh teaches becomes highly immersive as kids use new terms to help describe and reason through their complex and creative solutions. For example, last Thursday I saw some of the prototype phase, wherein the 1st graders learned about and produced rough versions of cempazuchitl. Josh used a variety of visual and interactive features on the Smart Board to ignite student interest. First, he drew upon previous knowledge, both from recent discussions and past events. “You’re right that Dia de los Muertos is not like Halloween, and you’re right that it’s a happy day. Who remembers some of the special features that we see on the ofrenda?” Answers were descriptive and informed, ranging from candles to flowers to sugar skulls (“Repitan: ‘calaveras de azucar’”) and the personal objects of those remembered. “Bueno. Why do you think we light the bridge with candles?” “So that the dead can see their way across.” “Muy bien.” Cempazuchitl are the flowers out of which the bridge is made. Josh showed the 1st graders a brief video depicting the mythos of the tradition, which stems from the Aztec legend of Xochitl, and the students considered the size, shape, and appearance of their eventual creations. The aroma and colors of the flowers are meant to guide the spirits of the dead into the underworld, so the students needed to carefully think about the look of their ideas. Working in groups of two, they followed Josh’s instructions as he guided them through a template for drawing the flowers with pencil on paper. Each step afforded further vocabulary practice, including numbers, colors, and parts of a flower. Likewise, while they were all following certain directions, they each still manipulated the concept to produce original designs for themselves. “Excelente. Now, what colors do you see up here? What colors will you use when you return to your seats to complete your prototypes?” “Yellow!” “Ah, en espanol, por favor.” “Amarillo! Y anaranjado, y rojo. Verde, tambien!” “Muy bien.” The 1st graders took their prototype drawings home with encouragement to teach their parents all they had learned; this week, they’ll use the same concept to build the bridge. Meanwhile, the 2nd graders made prototypes for papeles picados. Josh used dotted lines on a dry-erase board to help think through the geometric planning of mirrored symmetry when we make cut-outs from folded paper. “What happens if we were to cut out a shape like a petalo right here? Where else would the same shape happen because of our folds?” Also working in small groups, students experimented on their own sheets – using dotted lines to indicate the eventual folds – and took turns walking up to Josh’s version to sketch in their answers. They thereby envisioned their designs as simple, calculated steps needed to produce an intricate design. “How many times will we need to fold the paper, and where?” “Muy bien; now you try on your version.” The prototypes were on standard white paper, easy to use and good for mistakes, recalculations, and revisions. This week, the 2nd graders will make finished versions using tissue paper. Therefore, as the week unfolds, the whole ofrenda that the lower school produces will be a composite design, the contributions both collective and individual from each member of grades K-4, and a fitting analogue for the true spirit of the holiday. 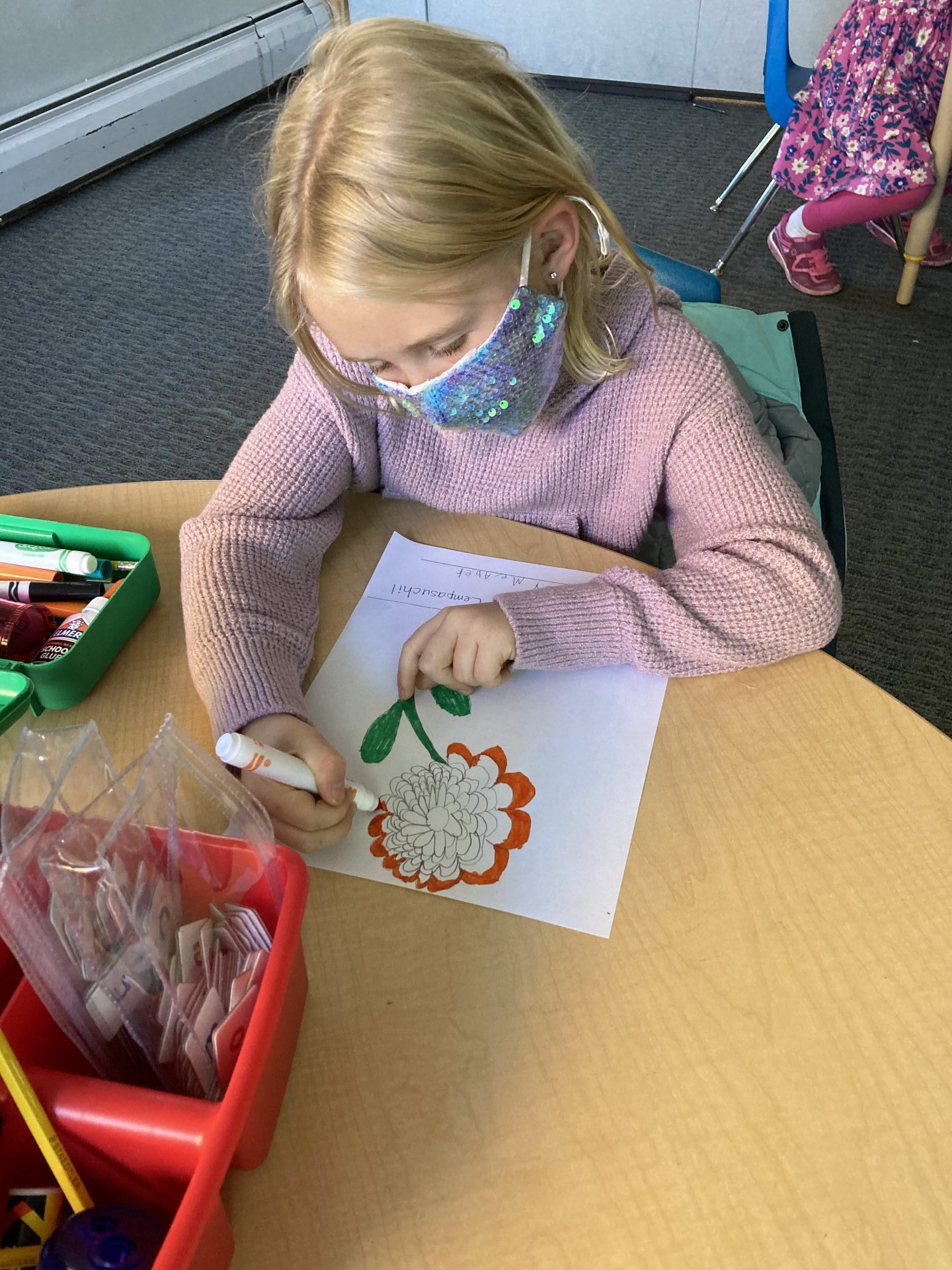 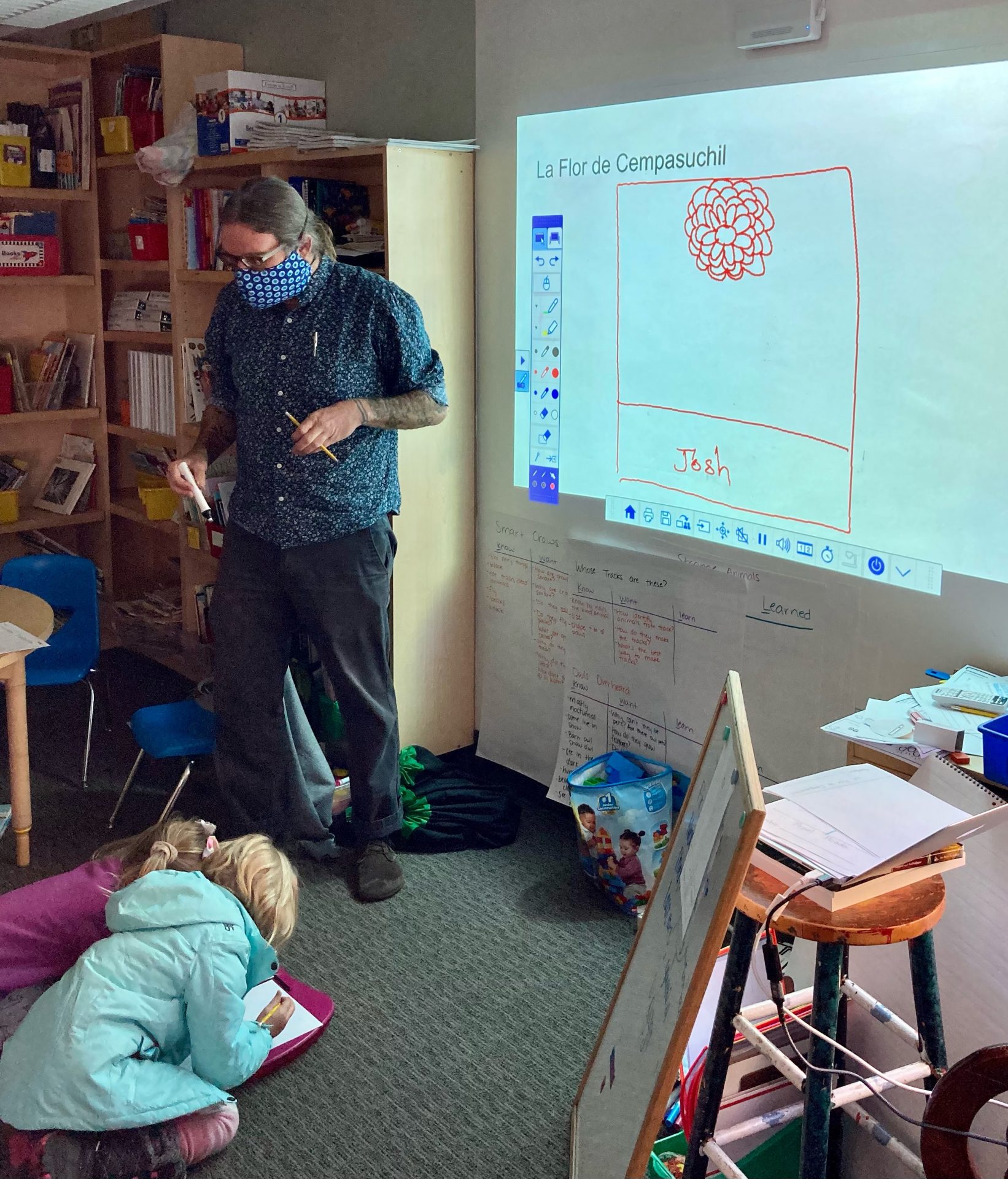 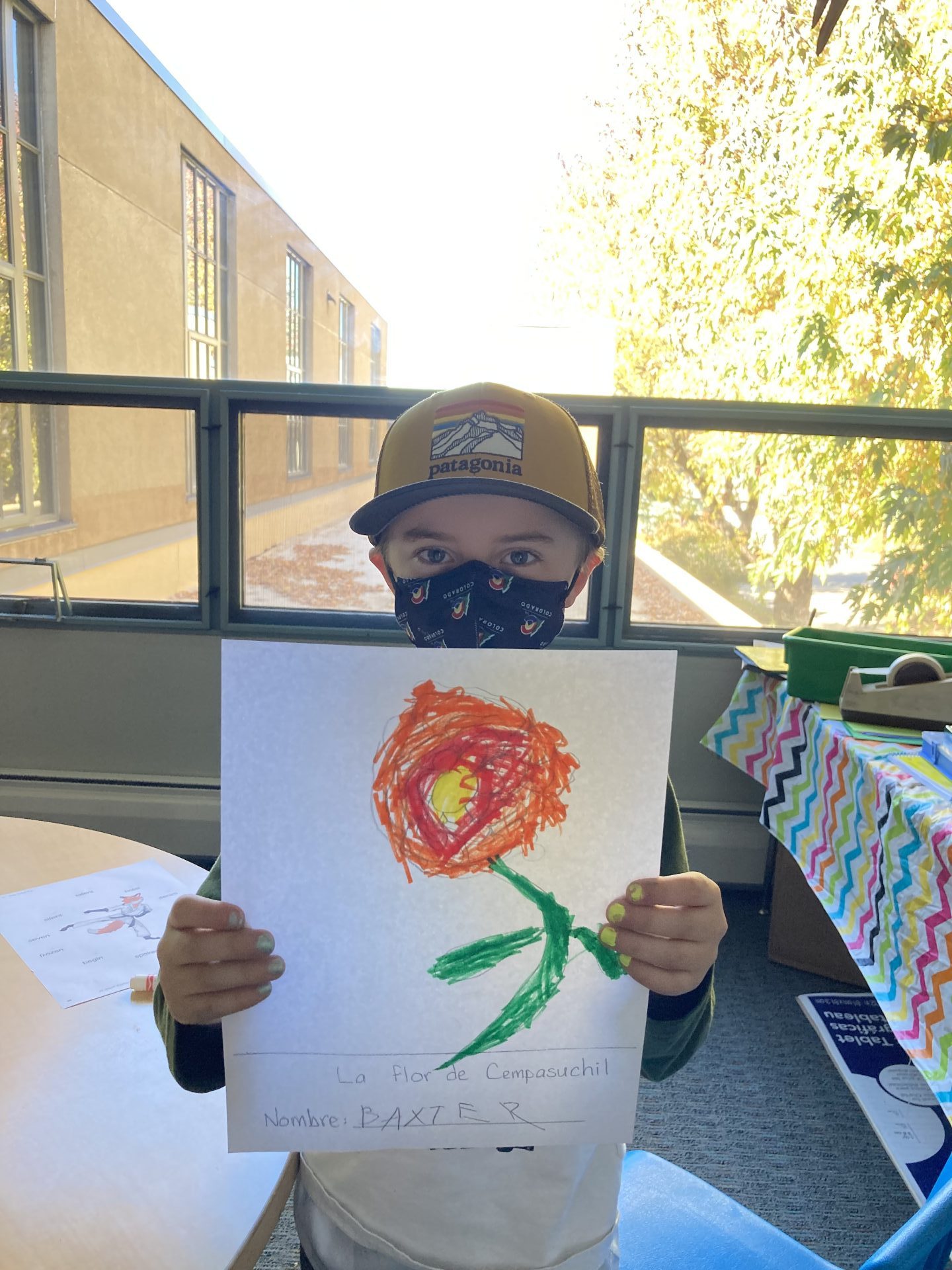