Last month I reported on the kindergarteners’ opening experiments in trying to sprout sunflower seeds. Just last Thursday, the same class consumed the ample gains of their efforts, accompanied by local Chef Kate from Café Diva. Over the past few weeks, Merrick’s class expanded their ideas of scientific processes to involve consideration of microgreens, which (I can attest) they can accurately define as “baby vegetables” that tend to be more aromatic and more nutritious than adult versions. In addition to their sunflowers, the kindergarten class successfully sprouted kale, broccoli, and radishes within microgreen trays inside of the classroom, carefully spaced on a homemade bookshelf near the window to provide adequate light and temperature. Likewise, the Eagles added to their empirical observations by noting the changes in length, smells, tastes, and root structures of their creations. To help them articulate their expanding ideas, they learned the parts of the plants, including how to designate leaves, stems, and roots. Merrick fertilized their growing understandings of the larger world, too, as they discussed food systems, what complex words like ‘local’ mean (in the context of how far away California is from Colorado, for example), fancy concepts like ‘fuel consumption’, and therefore some budding ideas for why it’s actually difficult to find ‘local’ veggies at the grocery stores in town. They watched a video about a Korean farmer in California who grows unique veggies and has developed relationships with specific Korean restaurants in San Francisco. Then, in culmination and celebration of the month-long project, they ate the fares. Special guest Chef Kate visited the class and spoke about the local veggies and cheeses that she gets from Colorado growers in and around Steamboat. The Eagles asked her lots of questions, including how it feels to be a chef and an owner of a restaurant, to which she admitted, “That’s a big question.” She emphasized the importance of the relationships she cultivates with local growers, and how fresh greens help the flavors of the foods she serves. Then, she taught the Eagles how to make a tasty vinaigrette, and the group mixed all their greens together – along with a delicious feta – into a glorious salad. Not only did every single kindergartener “try” the results, but, in fact, the whole class finished every last bite. When I interviewed them the next morning, they all agreed: “The salad was tasty and good!” and “Chef Kate is the best!” Indeed, they are a healthy bunch. 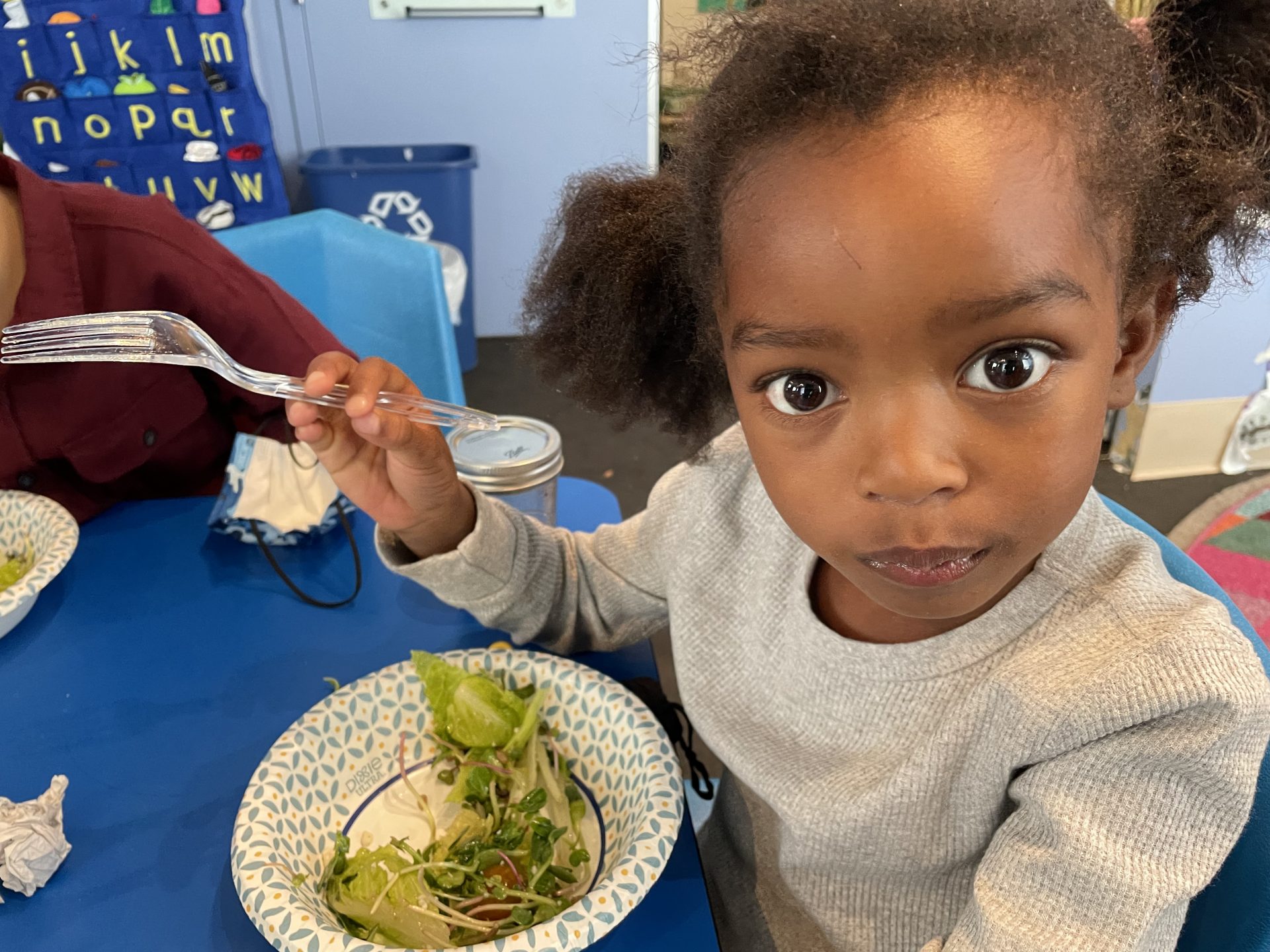 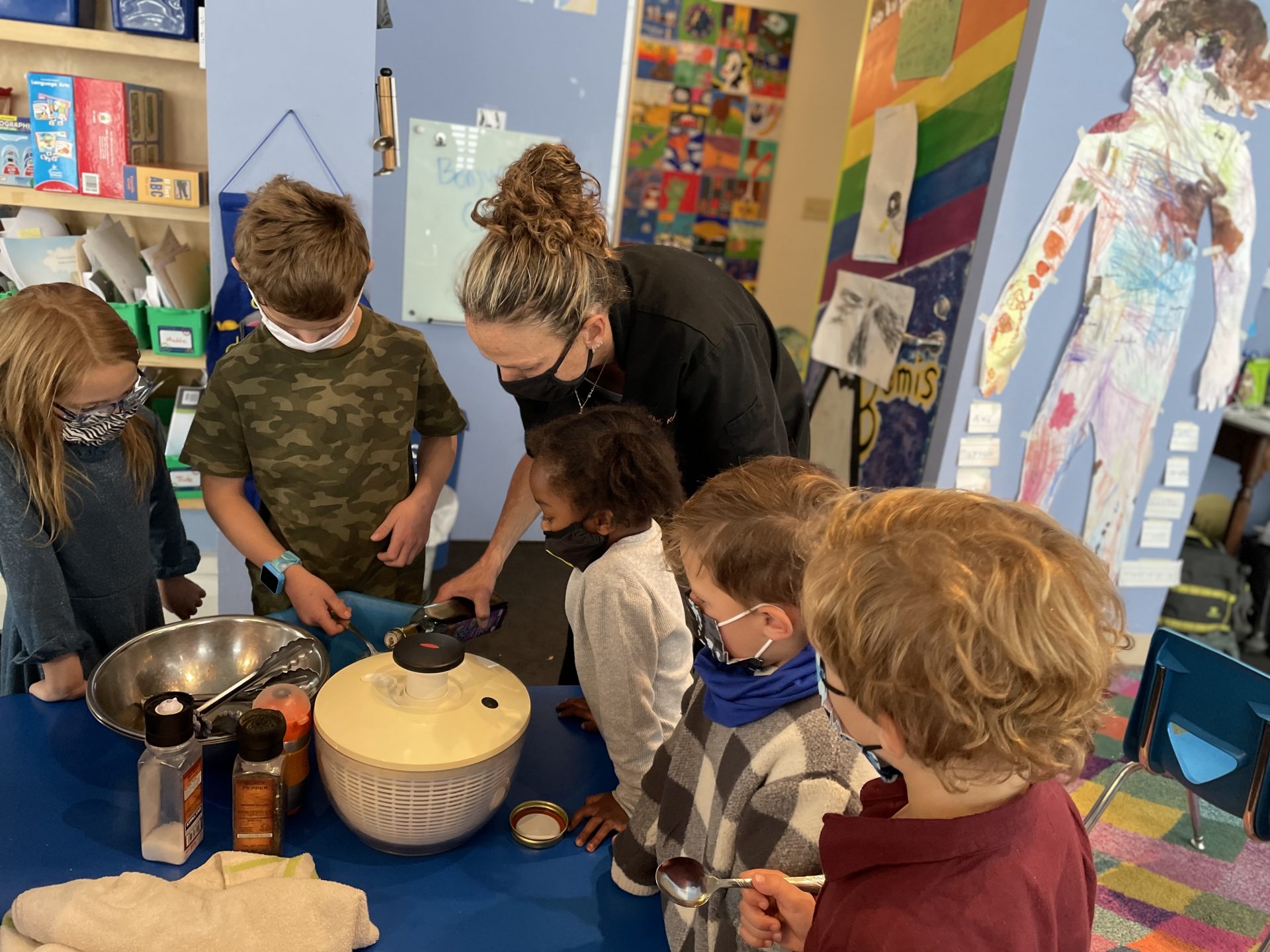 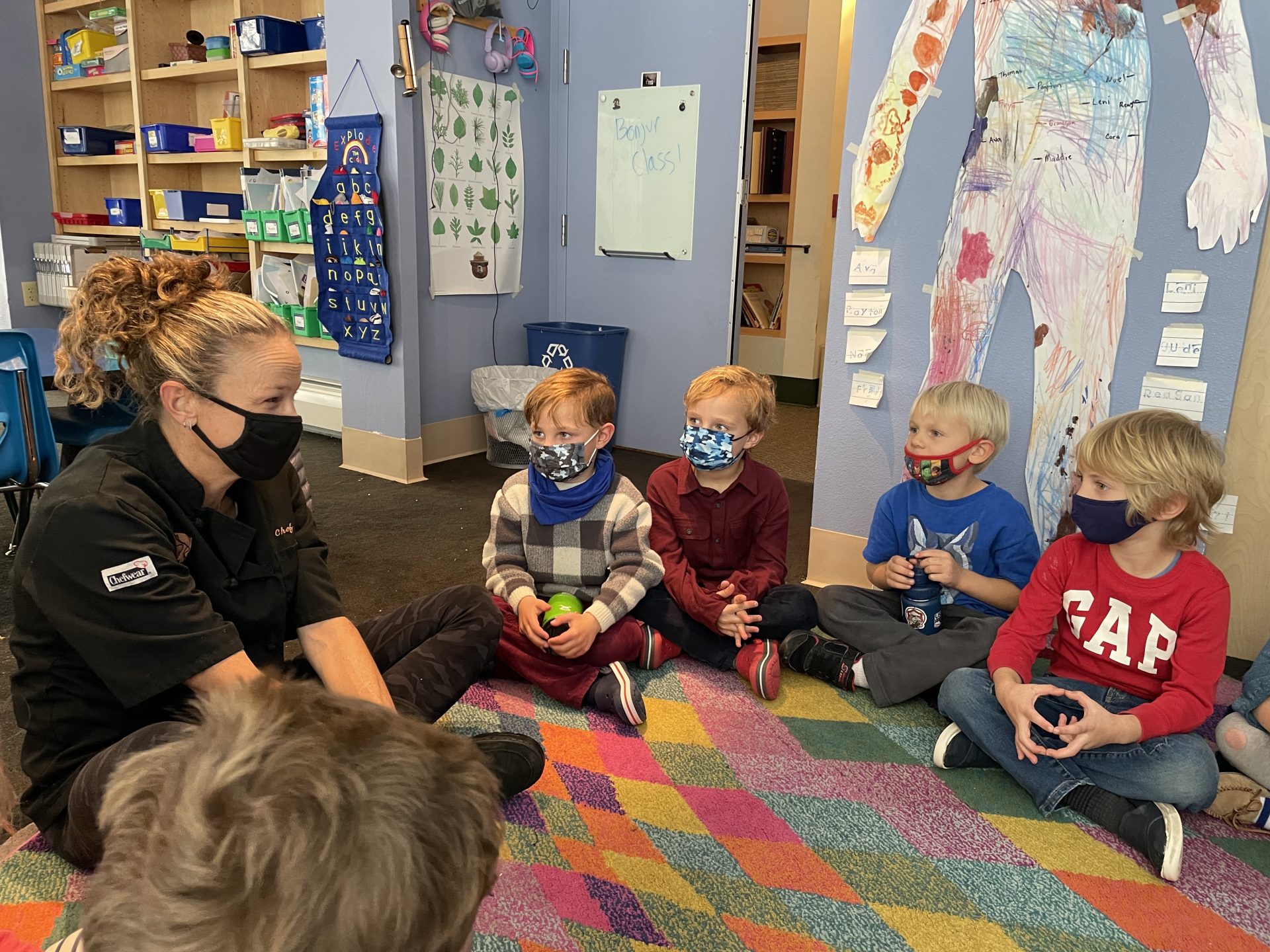 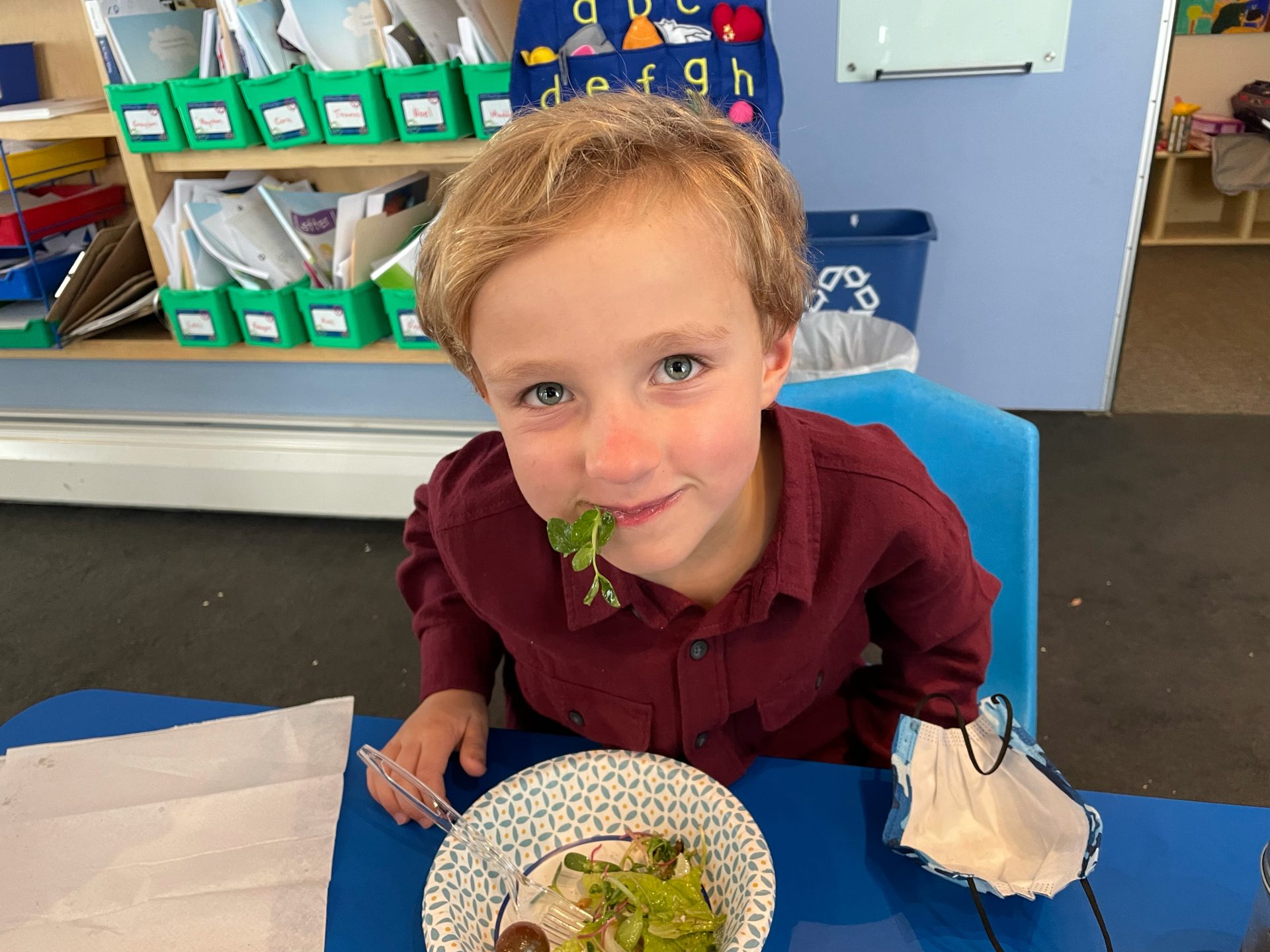