Last week, children of all ages on the Emerald campus were enraptured by the machinations and amazing physics involved in dangling apartment-sized sections of construction dozens of feet in the air, as the prefabricated pieces of the new building arrived to campus for installation. We all remembered the feeling of completing instruction book 4 within a huge box of Legos and the distinct feeling of accomplishment at the formation of tangible progress, even when instruction books 5 and 6 remain in the (near) future. Classes largely screeched to a halt around 9:00 a.m. on Thursday, and faculty and students alike huddled around windows to watch as the pieces slowly rolled in on huge flatbeds and were lifted into place via crane. Though long in the making, the design is finally looking like a real thing, and we’re all wrapping our minds around it. 5th grader Ella stated, “I love the new building. I think it’s going to be awesome for the school because it will give us a lot more space. I think it’s going to be great to have a new opportunity for classrooms. Right now it’s a little bit weird that we’re having English in the cafeteria.” Indeed, due to the growth of the school in recent years, coupled with the need to spread out for the better part of 2020 and 2021 during the pandemic, we’ve all felt as though we’re busting at the seams, lately. The Fellowship Hall, meant as the cafeteria and general gathering space, has been reallocated to function as an English, Strings, and Spanish classroom this year, and now, with the interior framing of the new building fully installed, we’re beginning to imagine those same classes having their own space. 6th grader Chloe stated, “I’m really excited. I think strings really deserves its own space, and I know we’ve been waiting for it for a long time. I’m also looking forward to seeing what it looks like inside and out, because there have been some pictures but they were graphically designed so I’m excited to see it in real life.” 6th grader Bee added, “I’m really excited for the new strings classroom, too. I just hope that it’s not over budget because I heard from an ‘inside’ source that we might not be able to afford guacamole on taco days.” Bee was not willing to reveal her source, though I’ve consulted with actual authorities on the matter who have all assured me that our guacamole budget remains hale. The new building is, of course, made possible by generous donations over the past two years. The initial pieces were assembled in Vernal, Utah and completed two weeks ago. Meanwhile, the construction firm has been hard at work laying the foundation over the previous two months, which involved careful planning and assessment assisted by a warmer-than-average winter. At present, we’re on plan to be finished with construction over the next month or so, and we may even be able to use the new facility before the end of the school year. Kindergartener Ava noted, “I feel really good about it because I know that people like it, and I think it’s really cool. I also liked watching them build it.” In summation, Head of School Samantha added, “Whooooohooooooo!!!”

6th grader Peter noted, “I’m really excited, too, because we’ll have a lot more room for strings so the room won’t feel so crowded, especially when we need to clean up.”

4th grader Genevieve added, “I think it will be really cool because it will give us more space. Right now, sometimes we need to use rooms for different things, and we spill out into the hallways. I also saw the buildings [outside of town] before they arrived, and I think they’re going to look nicer and modern.” 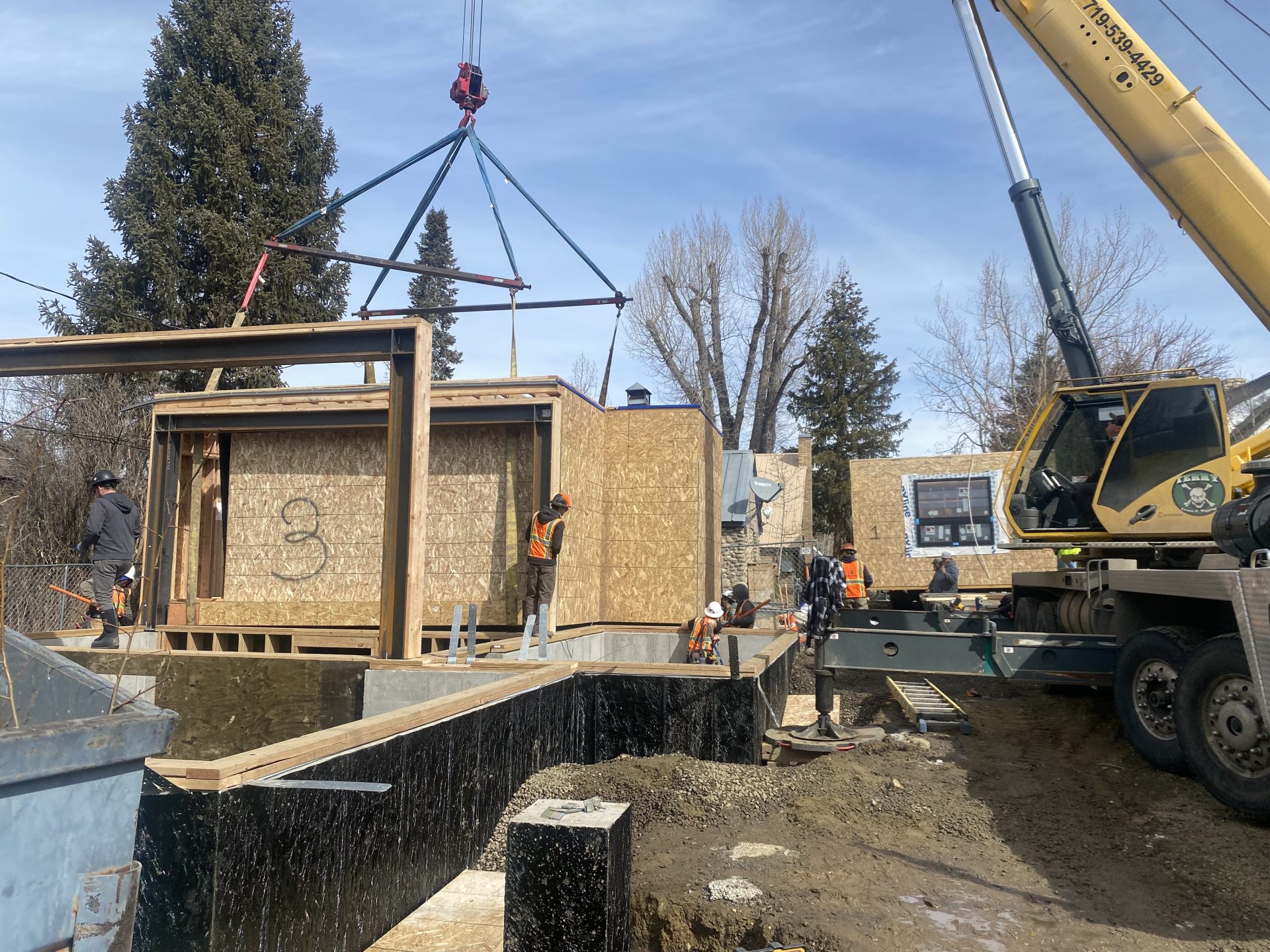 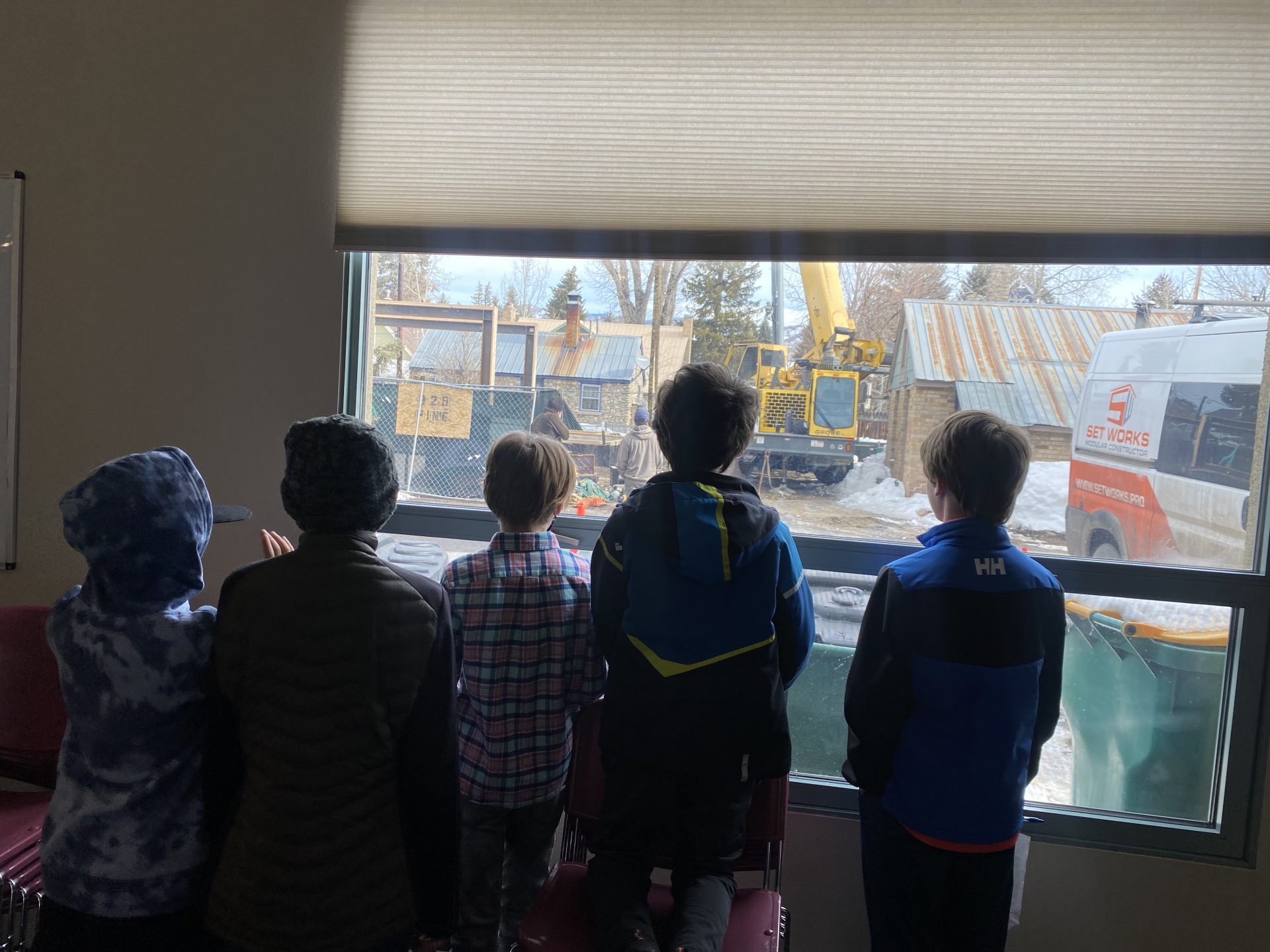 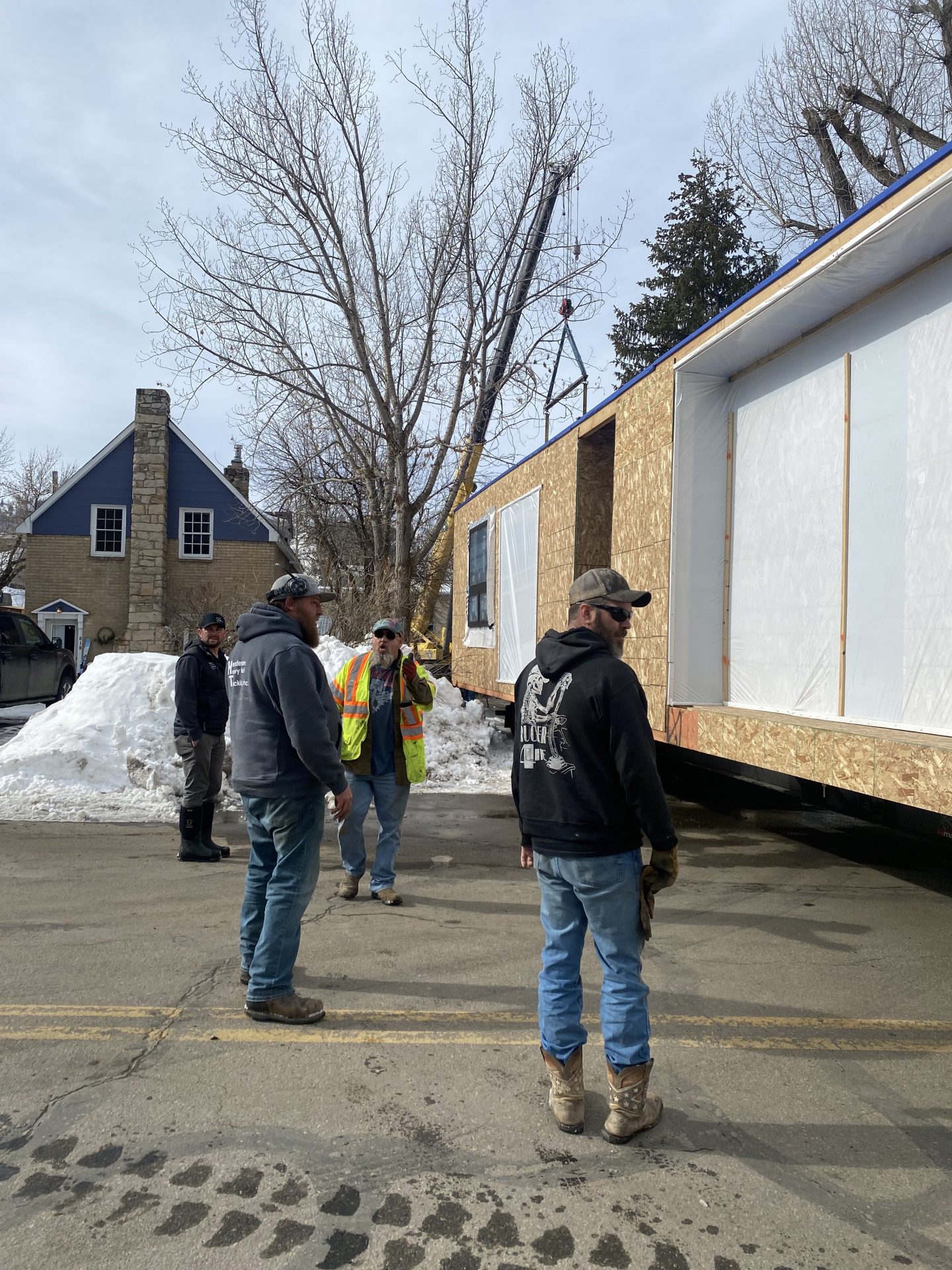 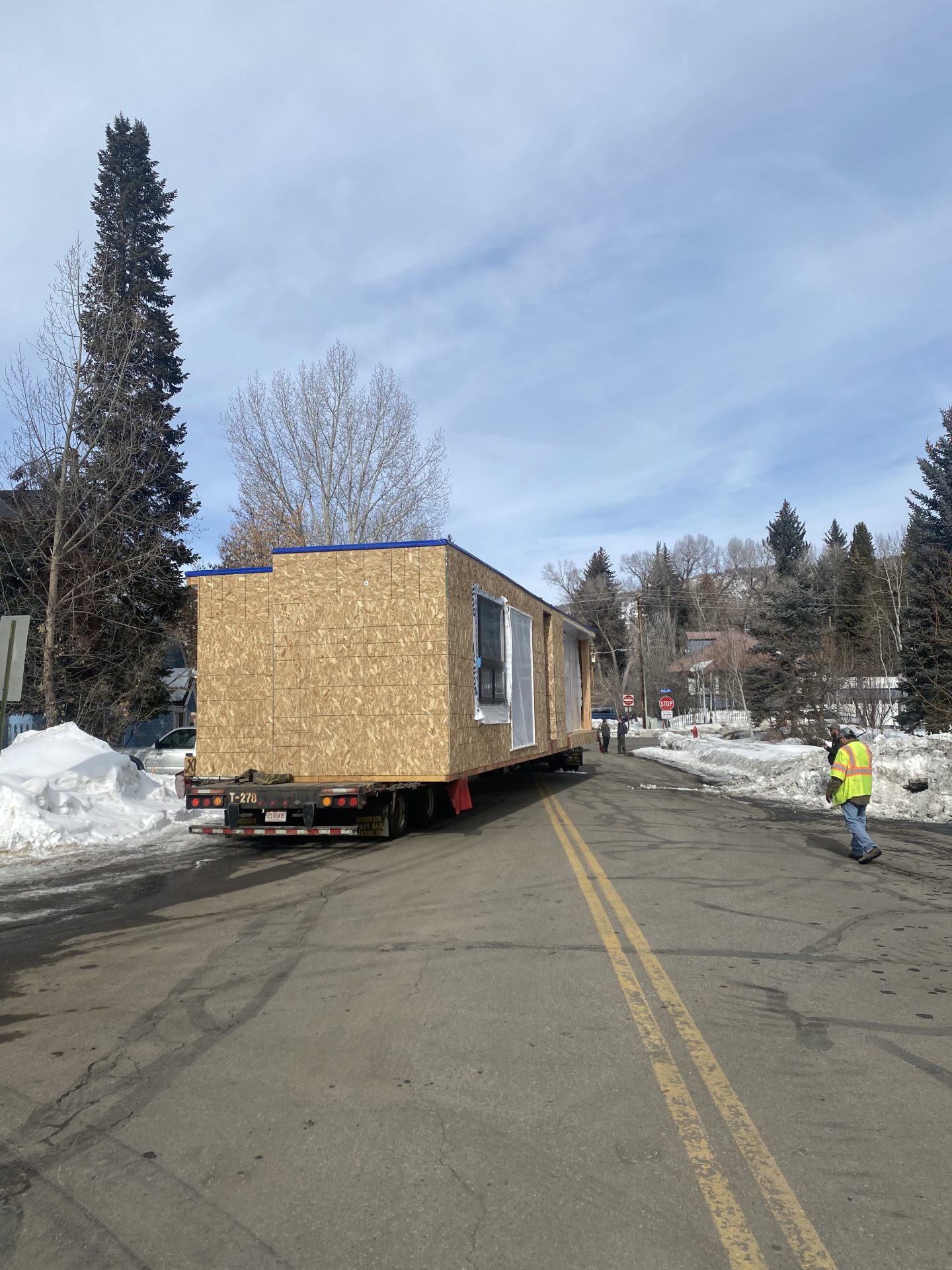 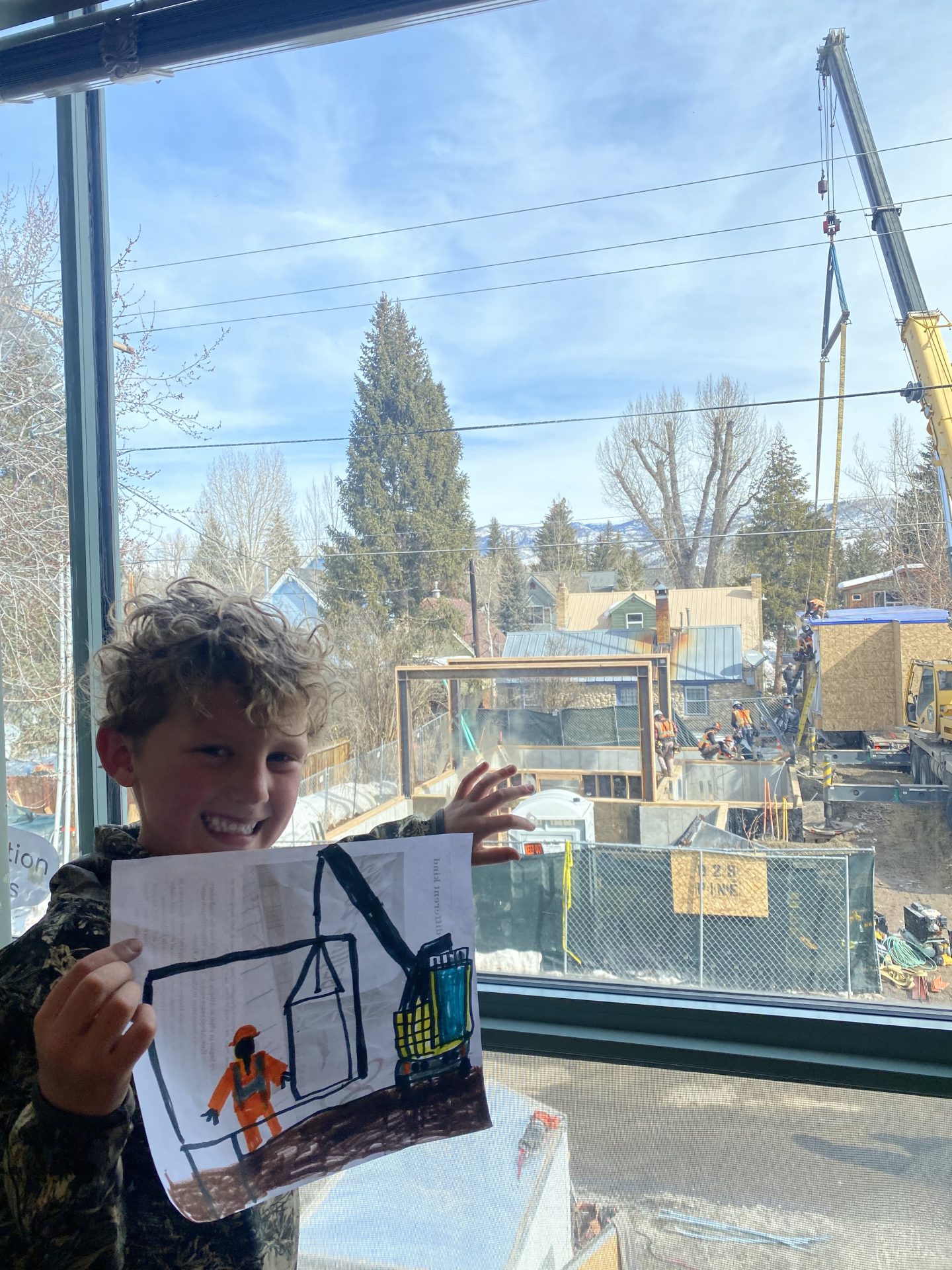 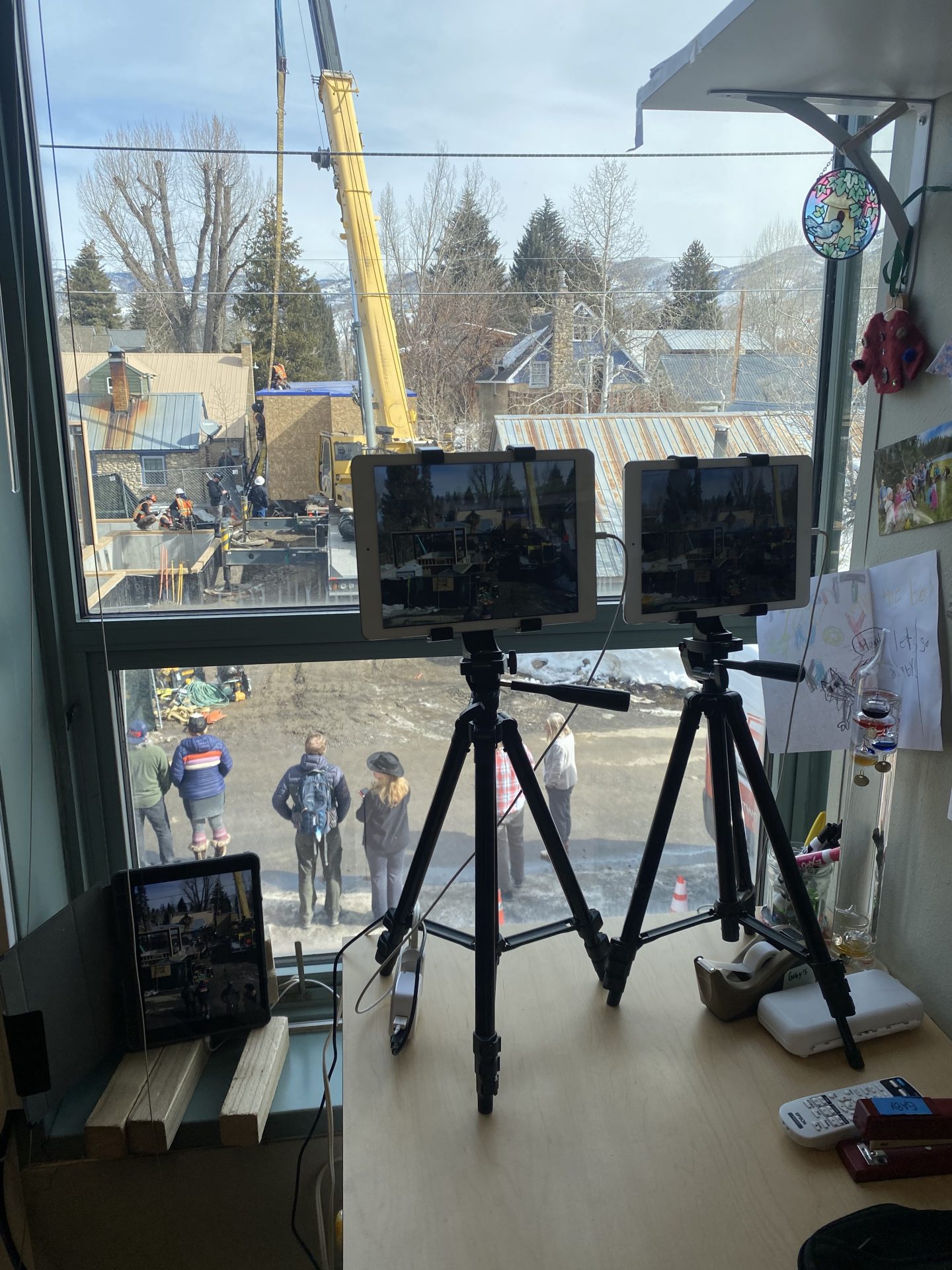 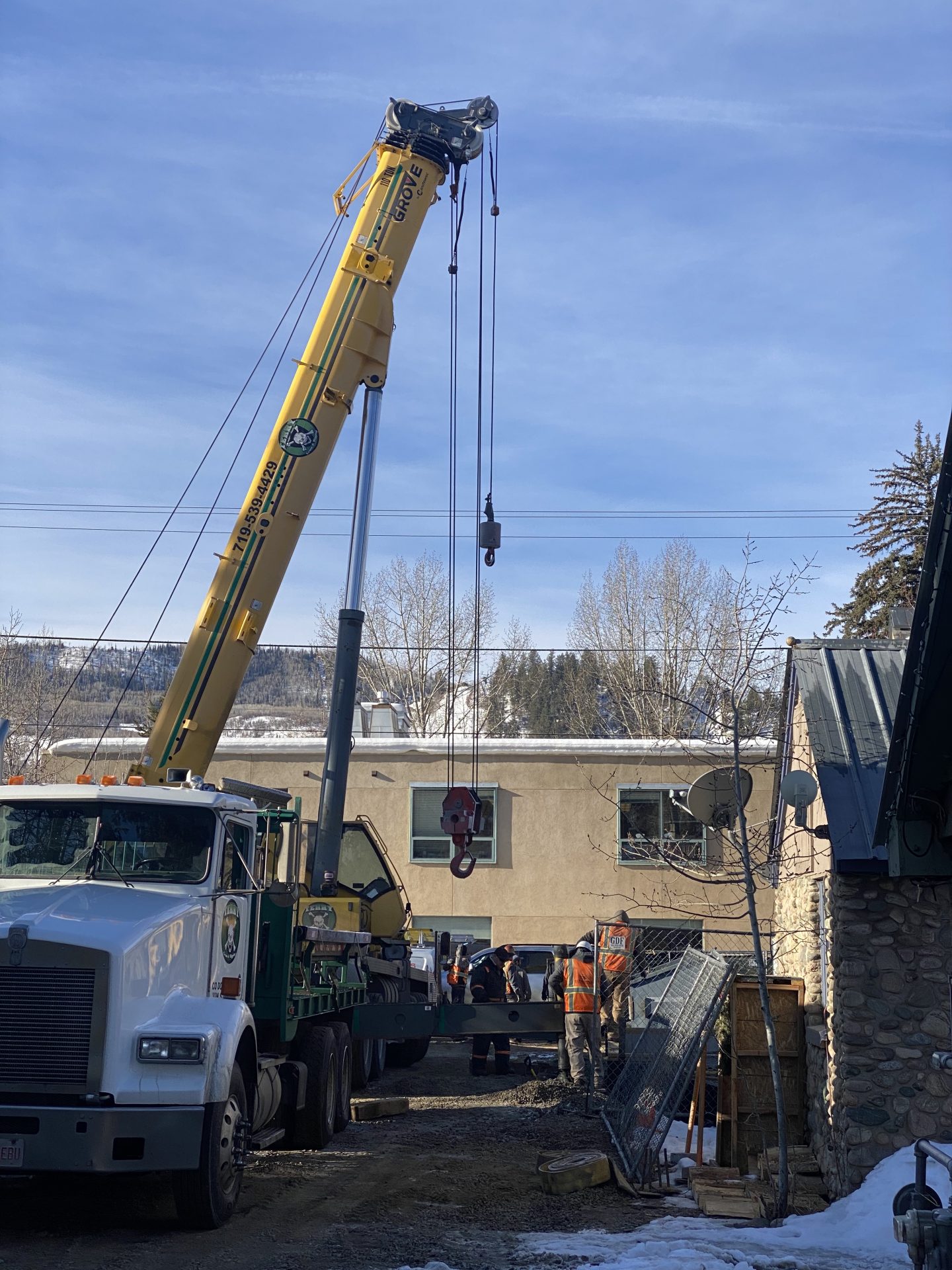