Last week, the 6th graders carried on the MS tradition of putting a Greek character on trial. The case this year revisited Euripedes’ Medea, and the students were limited to the classic text (in translation) as their evidence. As I’m sure we all remember, Medea is a sorceress who, before the play begins, assists her husband, Jason, the famous hero, in obtaining the Golden Fleece. As the play opens, Jason decides to abandon Medea for Glauce, the princess of Corinth, despite professing his love for Medea and their two children. Medea is none too pleased. In an act of either delusional defiance or malevolent vengeance (as presented to the jury), Medea takes Glauce’s life, an act that also claims the lives of her own two children and of Creon, Glauce’s father. As the play concludes, Medea flies away to Athens (the setting of our trial) in a chariot sent by the sun god Helios, thereby suggesting that she holds favor with the gods. Lots to sort out, therefore. While we read the play together, the students were split across two teams, defense and prosecution. The former claimed that Medea was driven to madness by Jason’s wrongdoing, while the latter supposed that her intent and premeditation demonstrate her as a murderer. Likewise, both teams knew that either outcome was possible for the jury to render, and that they needed to take and arrange their notes carefully to make their case. They therefore honed their collaborative skills, developed major points of contention – four per team – and anticipated the counter-points of the opposition. Each team likewise prepared and revised written arguments and determined who within their groups would deliver the phases of the trial. Prior to the big day, and following tradition, they were also given a lesson in tying a Full Windsor knot to assure that the assemblage of neckties worn added a fitting air of seriousness to the proceeding. This year, the jury was comprised of three faculty, while, for the first time ever, the 5th graders attended as audience members. The honorable (not capitalized) James Donnel reprised his role as judge, and the 6th grade class presented their case in clear and deliberate terms. The jury had not read the play, so the students needed to be especially careful in their use of diction and tone to lay out their respective points of contention and rebuttals. Both sides performed admirably well, as noted by the 5th graders and jurors (with whom I conversed during deliberations). In the end, the jury believed the prosecution had the more compelling case, and the Polis of Athens therefore determined that Medea be sent back to Corinth for punishment there. Nevertheless, and despite the loss, the defense had every reason to be proud of their attempt. Each side respectfully acknowledged the others’ noble efforts on behalf of justice and ethical jurisprudence, and the students collectively smiled in taking off their ties and resuming their lives as citizens of Steamboat. 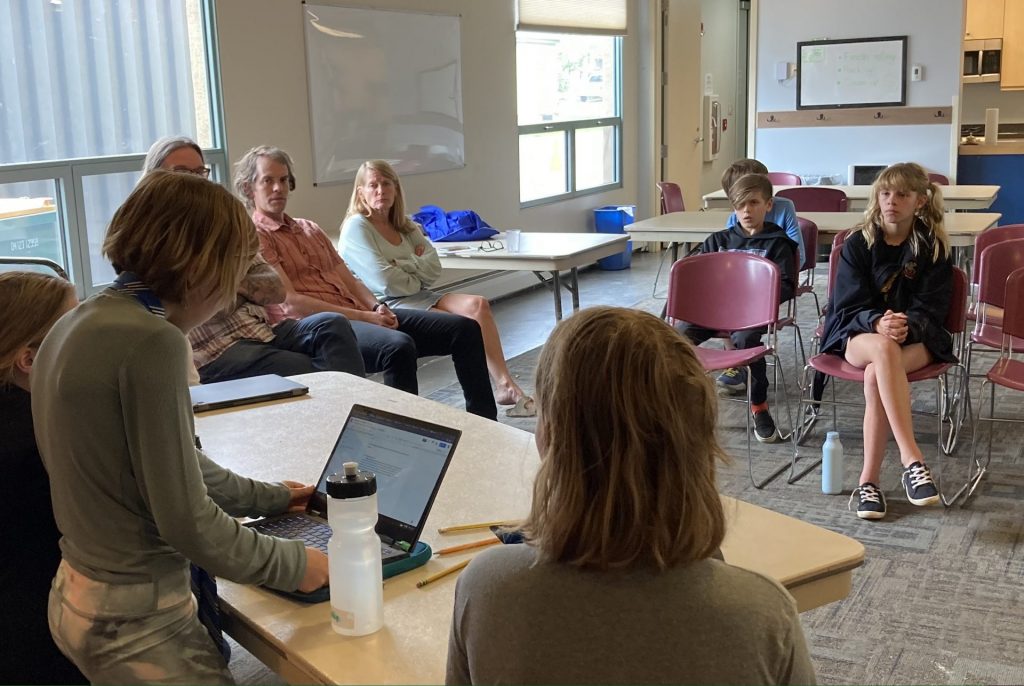 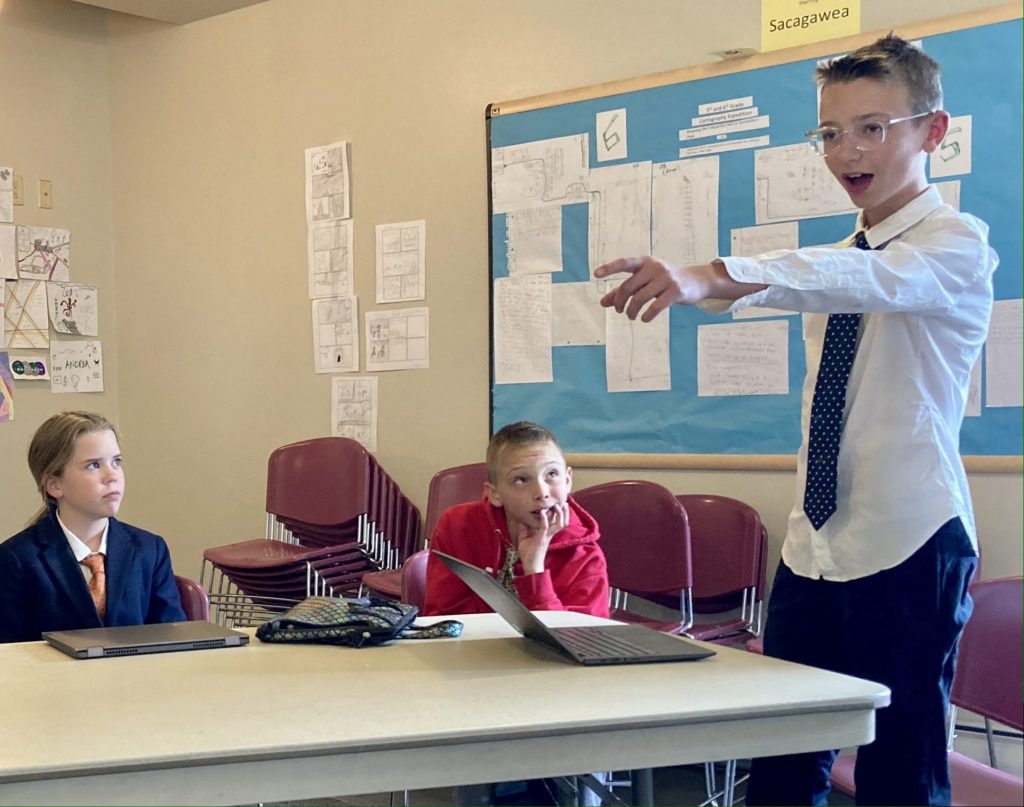 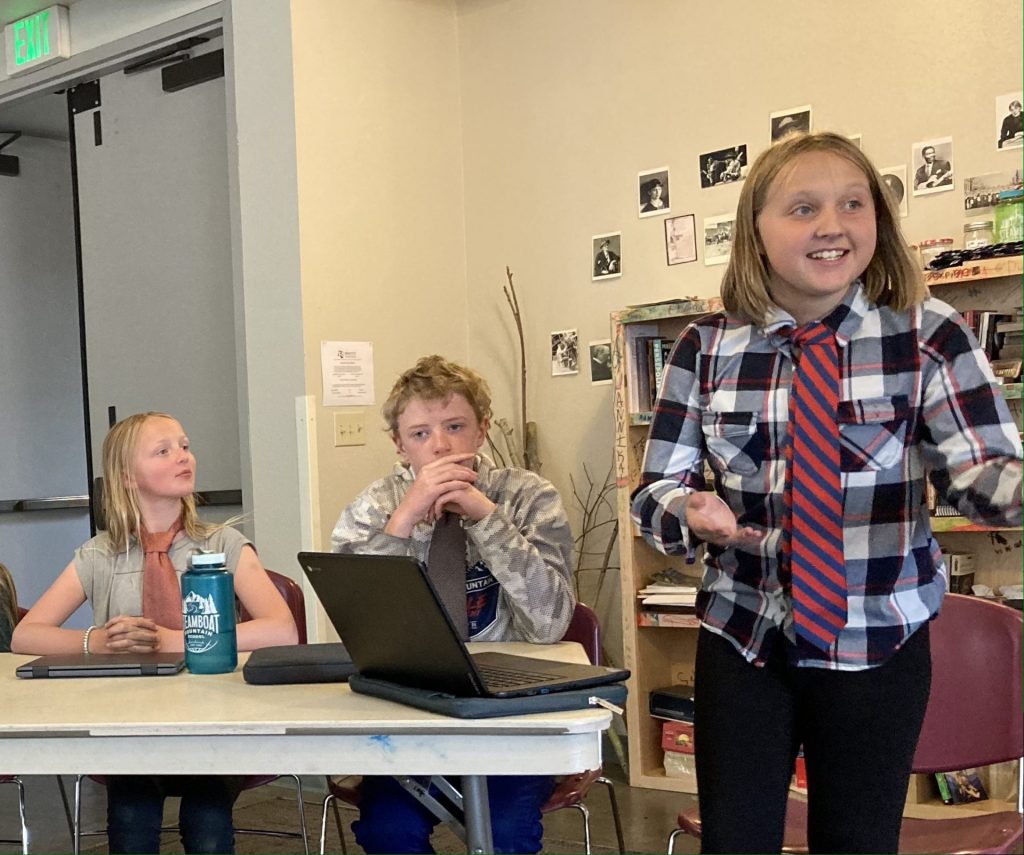 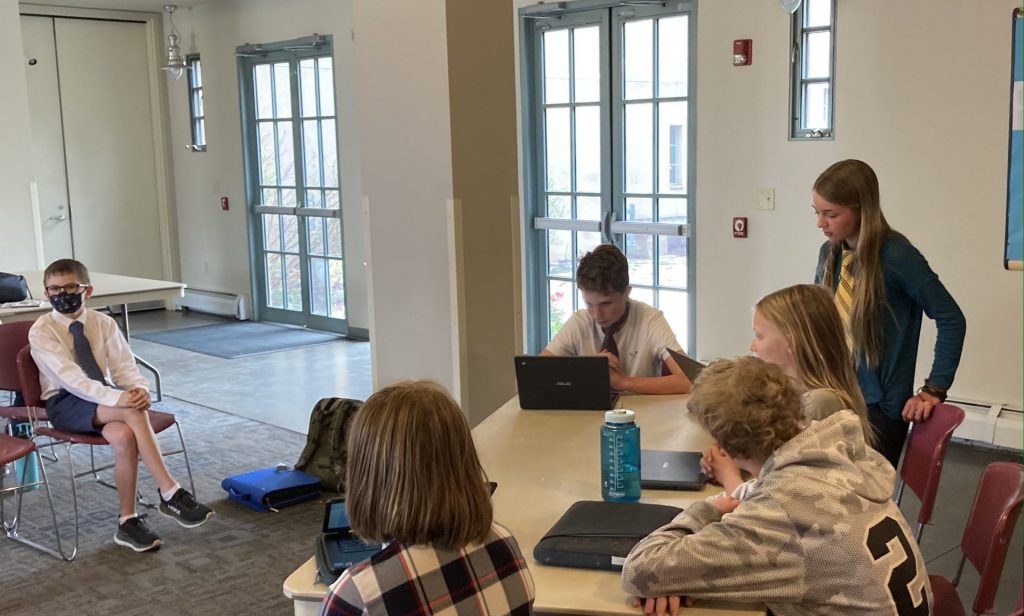 More Ways To Give