For me, nothing quite exemplifies the merits of project-based learning and backward design principles like a theatrical performance. I don’t have a theater background, and, to be fair, the idea of directing a Shakespeare play when I signed on at the middle school in 2018 was terrifying. Mind you, I love Shakespeare, though I acquired that same love as an undergraduate and from the analytical vantage point of a reader and writer. If anyone had asked me when I was in middle school to join a Shakespearean cast, I would have immediately declined and perhaps run for the hills. At SMS, I’ve been amazed, per year, at the level of student interest in the subject matter, and it’s been wonderful to work with these kids. This year, I even gave them an early vote back in the fall as to whether we might switch playwrights, and the entire 7-8 voted for the Bard. Last week, following six weeks of reading, casting, memorizing, rehearsing, memorizing some more, ensemble workshops, peer feedback and eventual full rehearsals at the upper school theater, the entire middle school – every kid in grades 5-8 – pulled off the best performances I could have imagined. The task was highly complex. We started with only a date. Following our collective reading of the play in January, each student then found their way into a particular role: all those who wanted a speaking part memorized a brief string of lines for an ‘audition’ – not for a specific part, though they let me know a preferred size and possible character names – while those who opted for tech or stage management began drafting ideas for theme, imagery, and blocking. Much of the memorization happened at home, or during small burts with peers. In the classroom, the modes and methods of the play took shape, as each actor learned how to experiment with the language to make the part their own, and every audience member offered specific, constructive feedback. Blocking evolved through experimentation in tight spacing, as we needed to (mostly) stay in respective grade levels during class time. We worked on melodrama, tone, gesture, and pacing. And, above all, we stressed teamwork, that each person had a specific, important job to complete, and that the total quality of the performance would boil down to dedication and collaboration, not perfection. Often, the process was a mess. As late as Tuesday’s rehearsal last week, the cast resembled Act III: general chaos; multiple confusing plotlines; frustration followed by sleepiness. By the first show on Thursday evening, however, the middle school arrived at Act V: resolved; confident; willing to take risks and feeding off the reactions of the audience. They performed for one another, a collection of individuals committed to the larger project. I have spent several sleepless nights preparing for shows over the past years, and I didn’t sleep entirely well during the week before this year’s production. My trepidation really boiled down to my own uncertainties, though. I had faith in the students, I had seen their certain progress over weeks of hard work, and I knew of their capabilities. In the end, as with any good project, the hardest part for me – but certainly the best part – was that the results were beyond my control. As a team, they would yield the quality of their own performance, and I needed to stand back and let it happen. I was entirely happy to watch them deliver their finest work, to root for one another, and to be responsible to each other, not for a grade or assessment, but for the joy involved in realizing an excellent outcome. 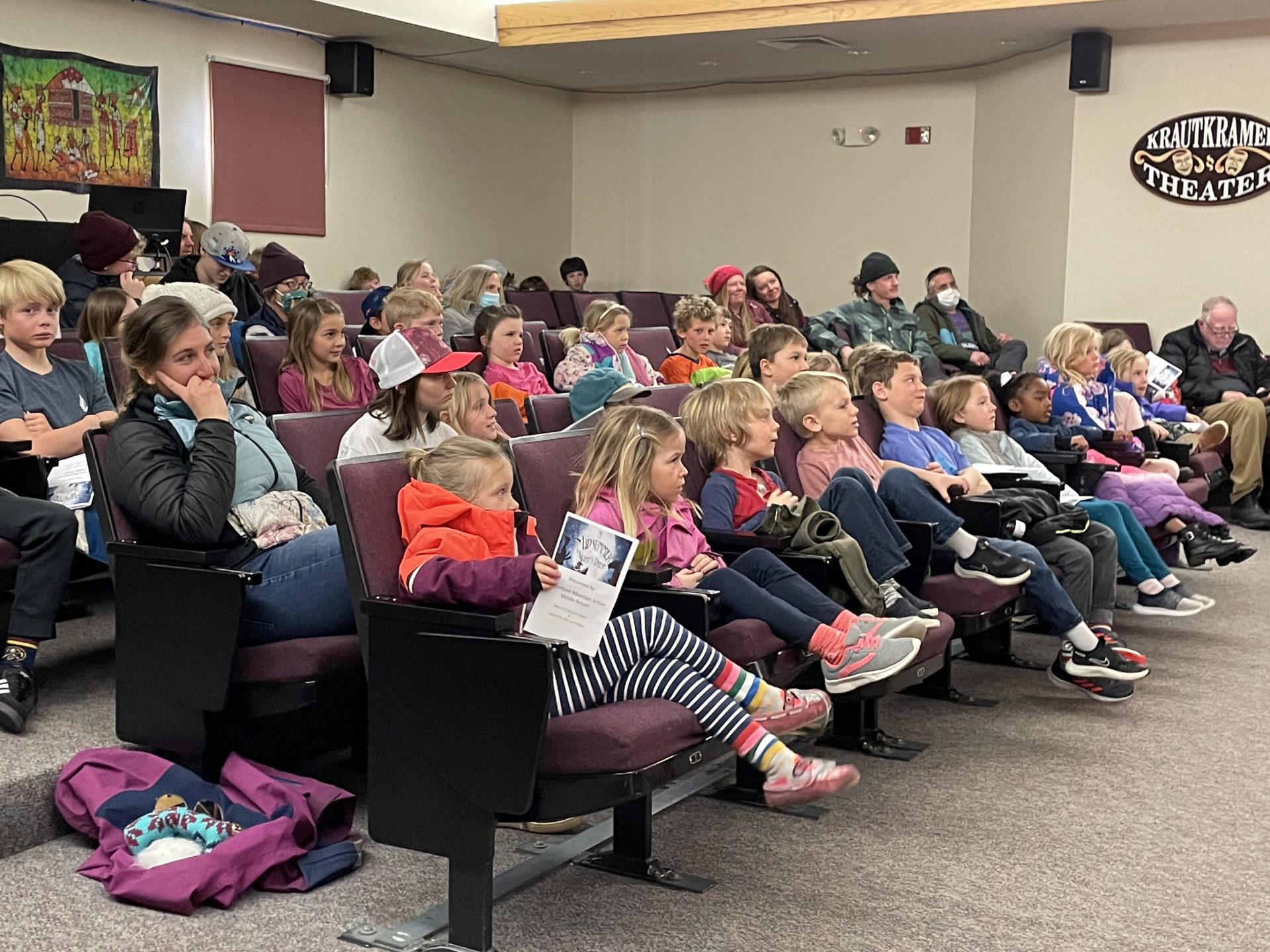 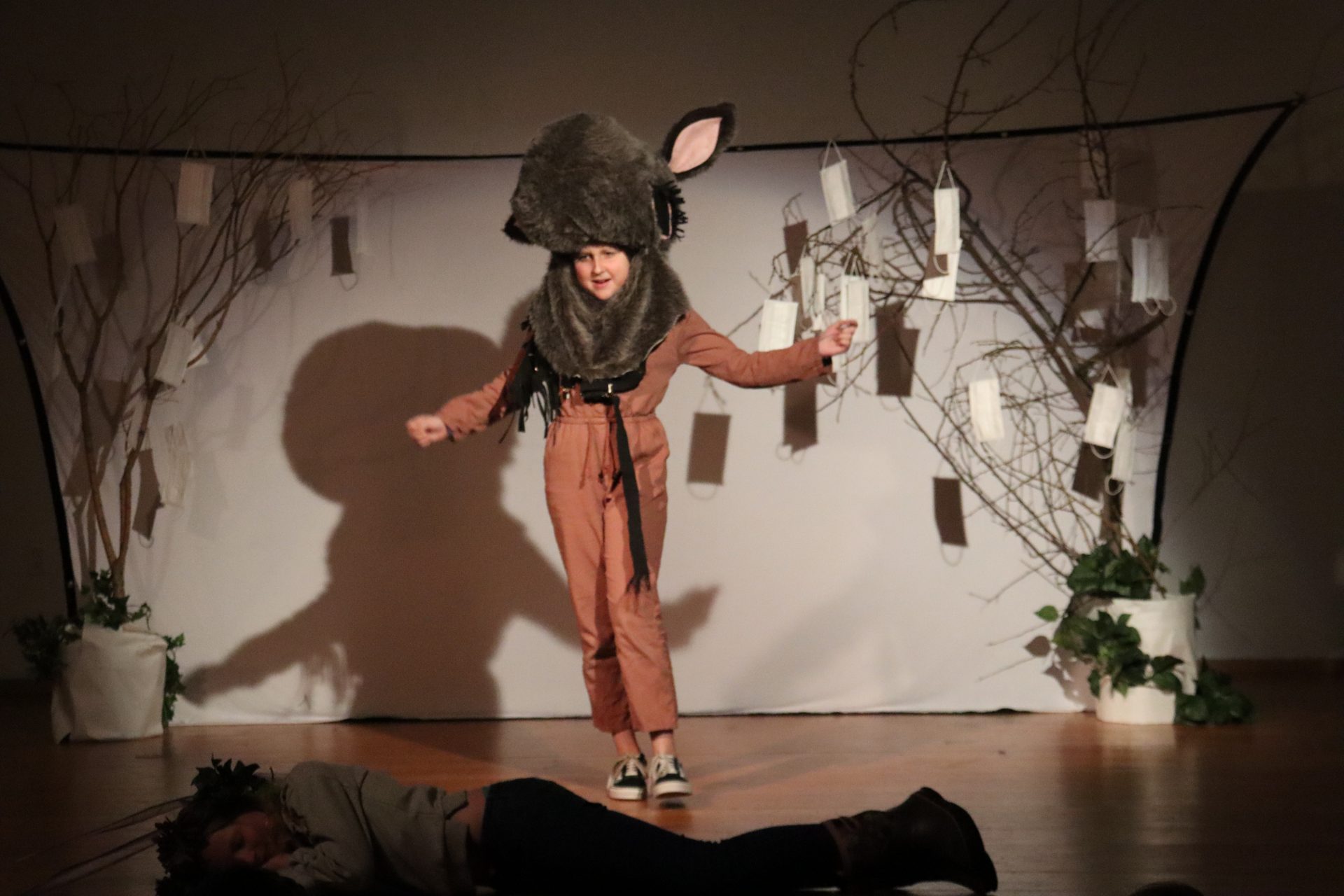 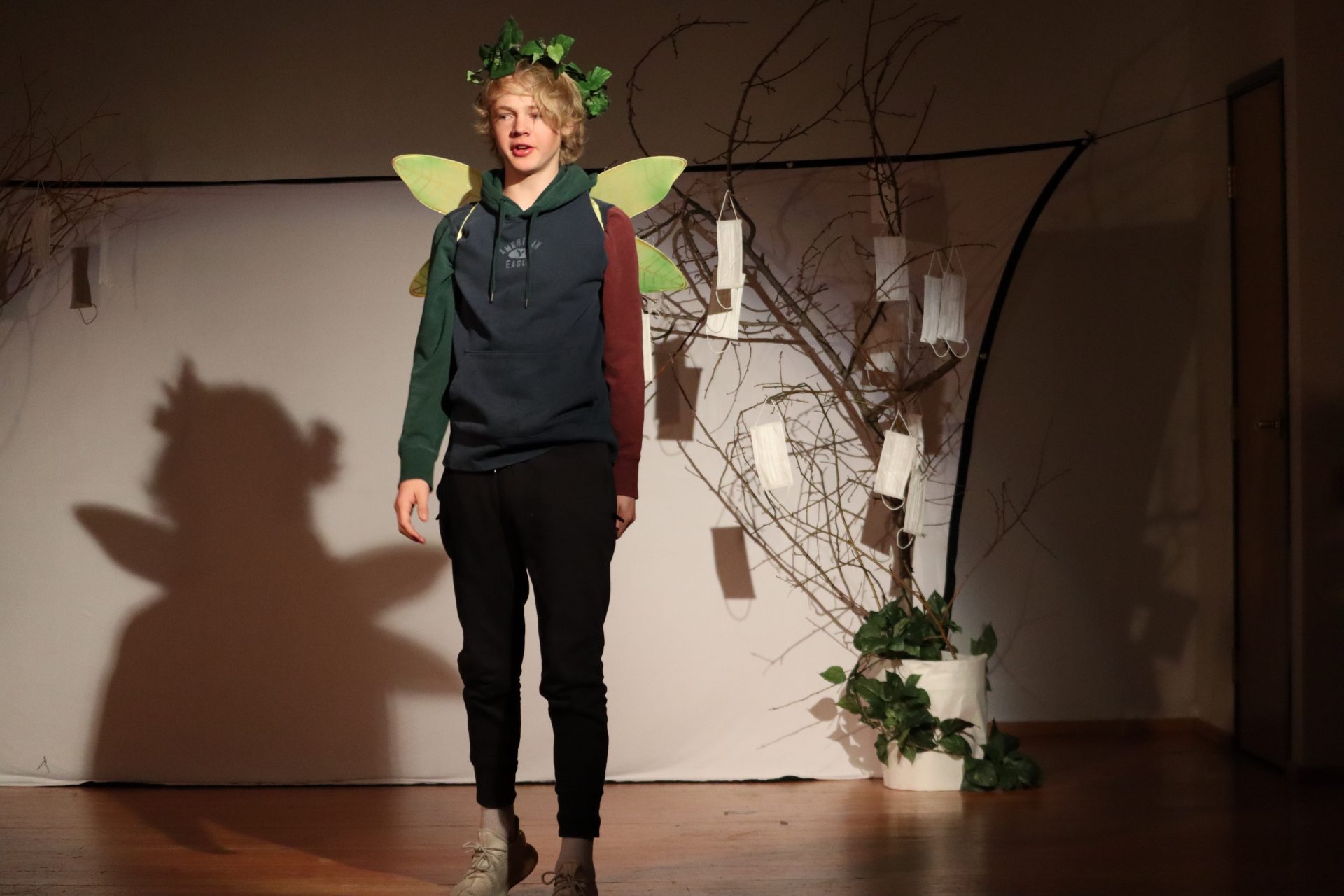 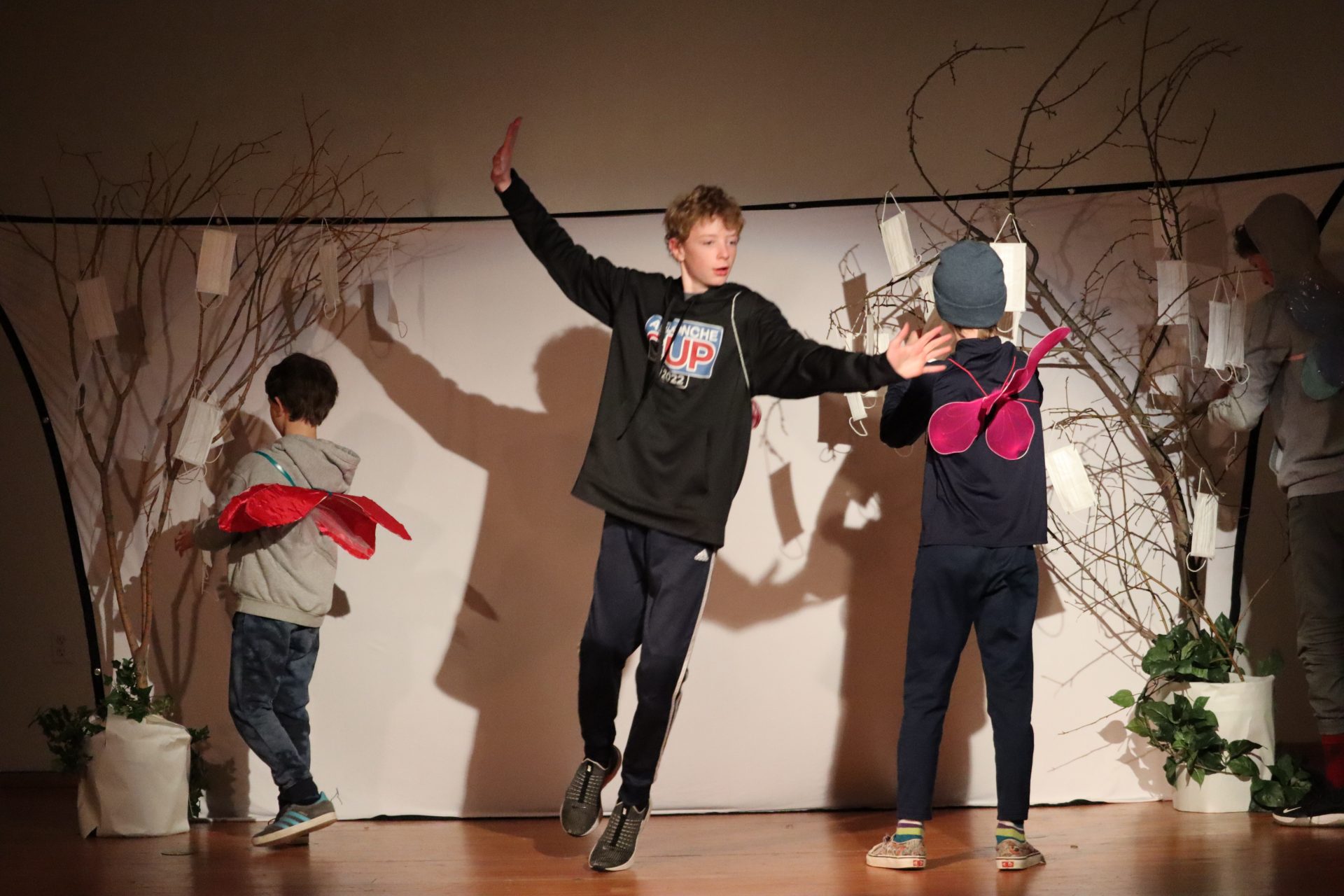 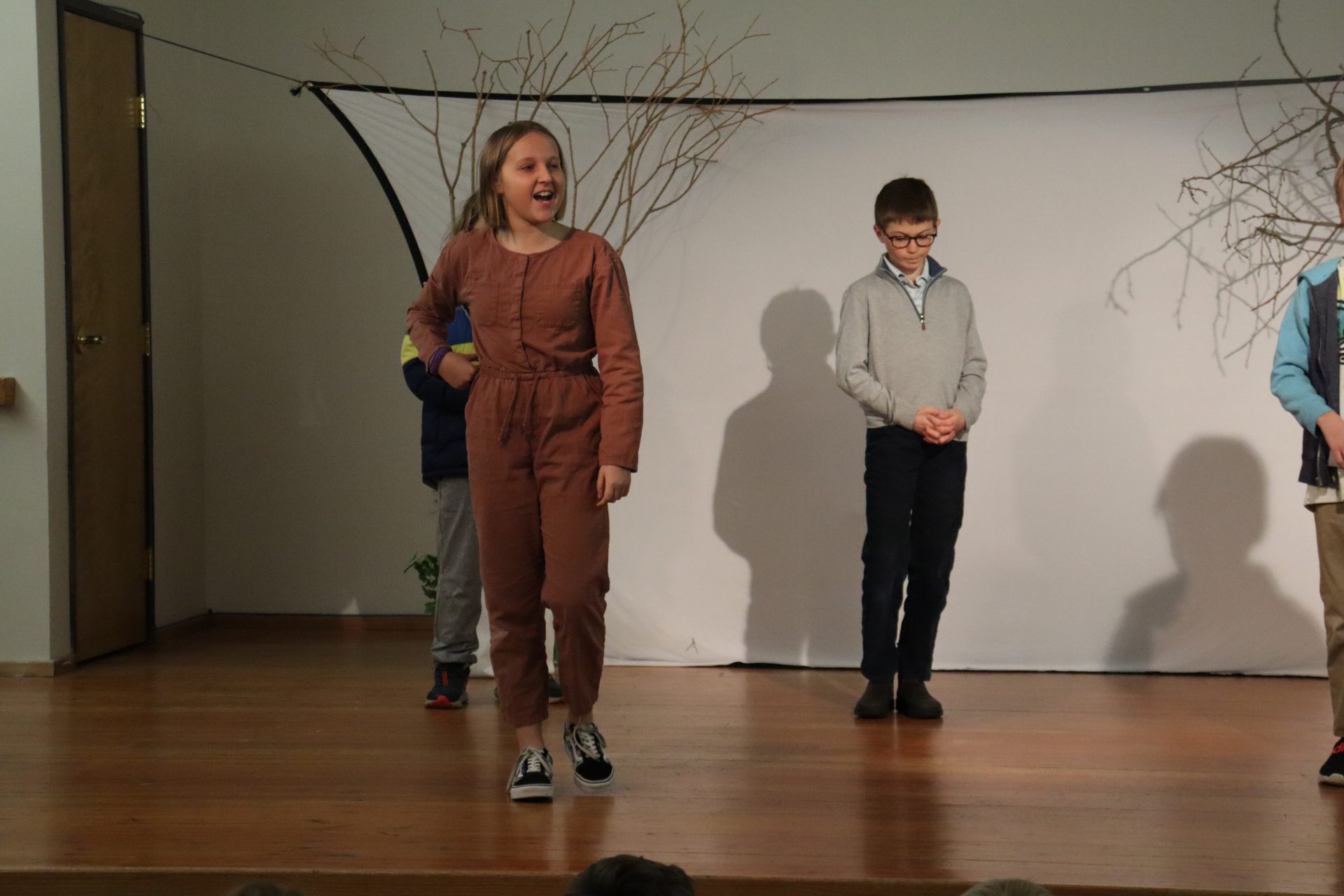 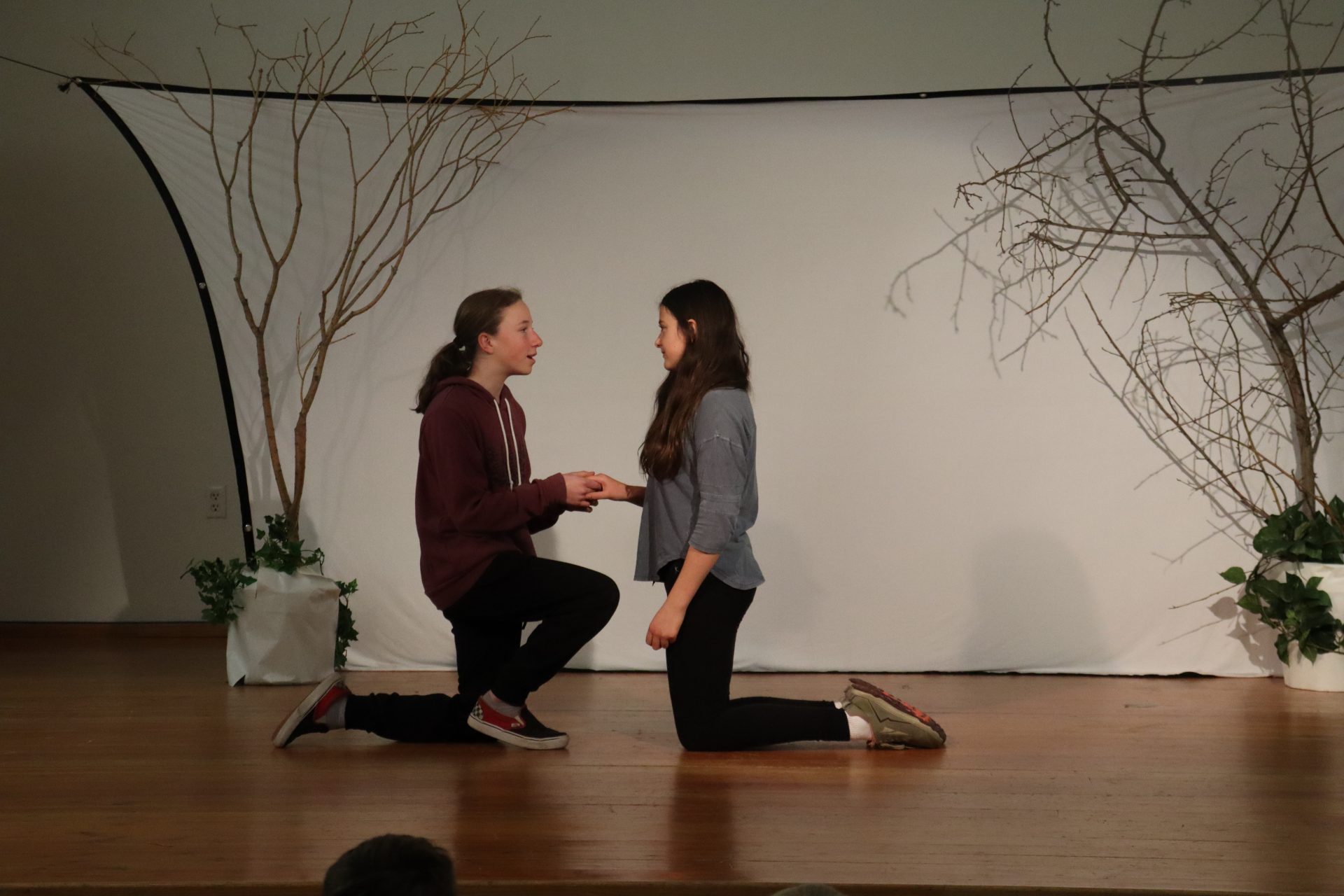