A Quest for Scientific Knowledge 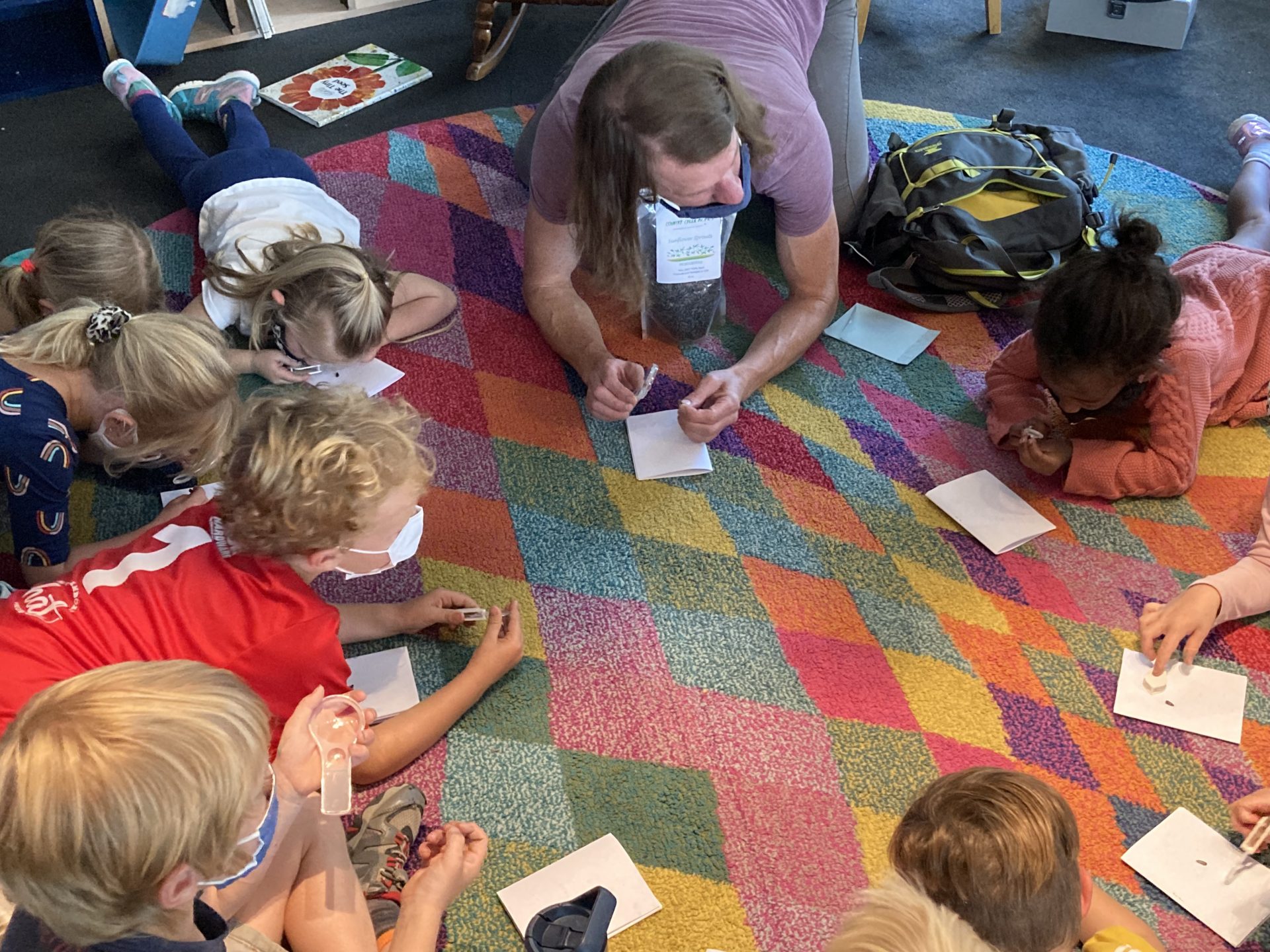 Last week, Merrick’s Kindergarten class, the Eagles, embarked on a quest for scientific knowledge. Poised with field journals (sheets of blank paper folded into tiny notebooks useful for small hands), they began a nine-day voyage to gather empirical field data centered on the prospect of successfully sprouting sunflower seeds. First, they listened to Merrick during story time as he read the book Tiny Seed, by Eric Carle. They looked carefully at the wonderful pictures in the book and made inferences about the unfolding plot. “What time of the year did the flowers release their seeds?” “Fall.” “Good. Does anyone know what time of the year we’re about to start?” Then, they used their recall of information from the book and from their budding lives to translate the lesson to their own endeavors. Merrick handed each Eagle a small sunflower seed and a magnifying glass; students studied the small details of their seeds, offered insights about color and shape during discussion, and drew a representation of their seeds in their field journals. Merrick emphasized the importance of drawing what they really saw in order to make accurate predictions. “Why don’t we want to use crazy colors to draw our seeds?” “Because the real colors might matter.” “Yes, and we want to go back to our journals next week to see how the details change.” The organic nature of the lesson offered the chance for a brief phonics exchange, wherein Merrick asked the class to sound out the word ‘seed,’ and he recorded their correct responses on a dry erase board for them to observe and add to their notes. Students likewise advanced their listening skills, as Merrick chimed in with an established maxim, “I’ll know you can hear me because you’ll grow moose antlers,” at which point they dropped their pencils, placed their thumbs beside their ears and fanned their fingers, thusly. The cue allowed for a moment of clarification and reiteration of complex instructions, since, after they finished their drawing of the seed and recording 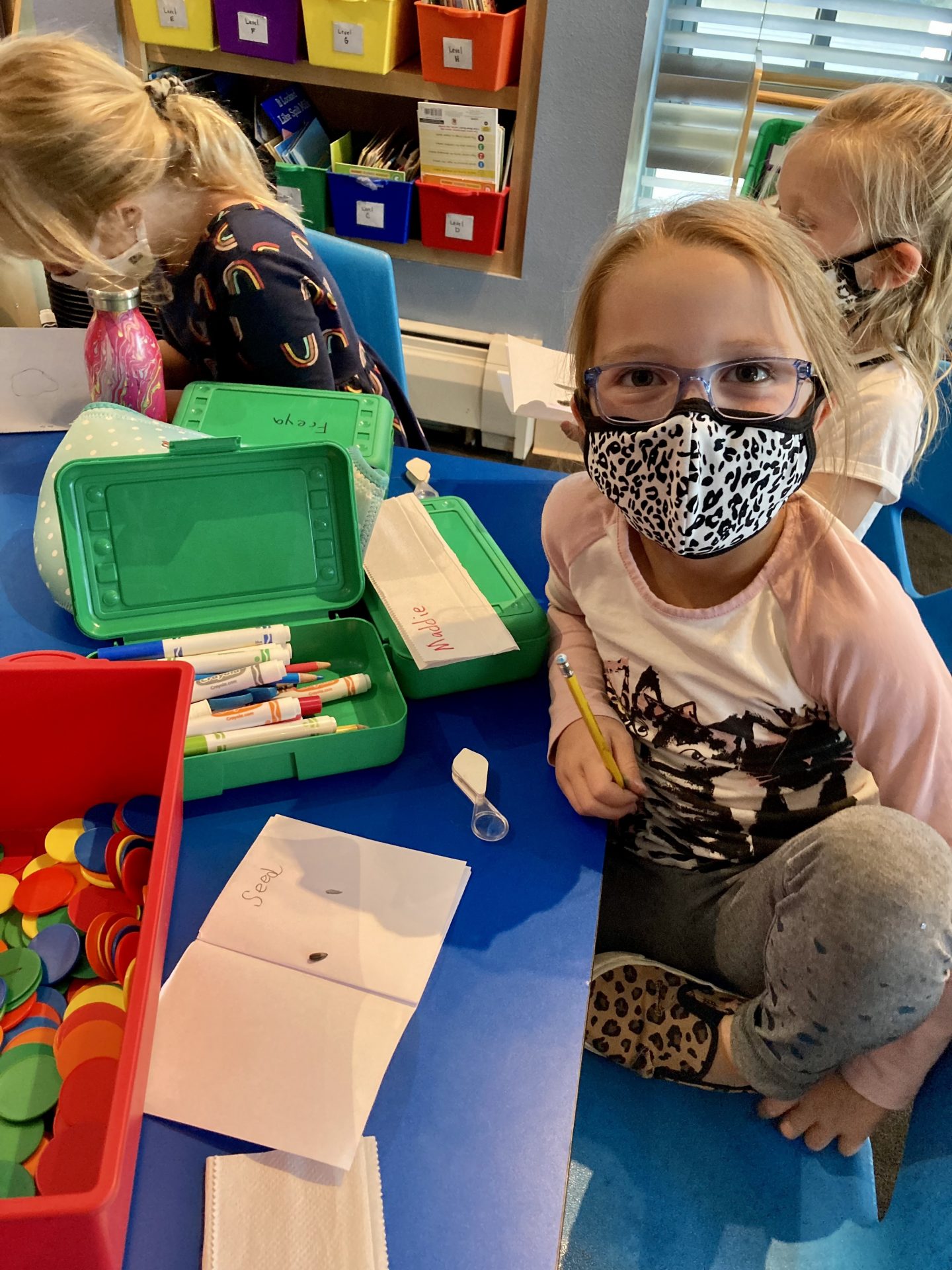 of the word ‘seed’ in their journals, each student was handed a special ‘germination paper’ (a paper towel) with their respective names written on it, which they carefully dabbed with water from their water bottles – following specific method so as not to produce a mess – folded their seeds inside, and placed them into a plastic box. Each day this week, they’ll look for changes in the seeds and draw what they see in their journals, thereby demonstrating a stark, accurate, and permanent record of the (hopeful) lifecycle of a sunflower. 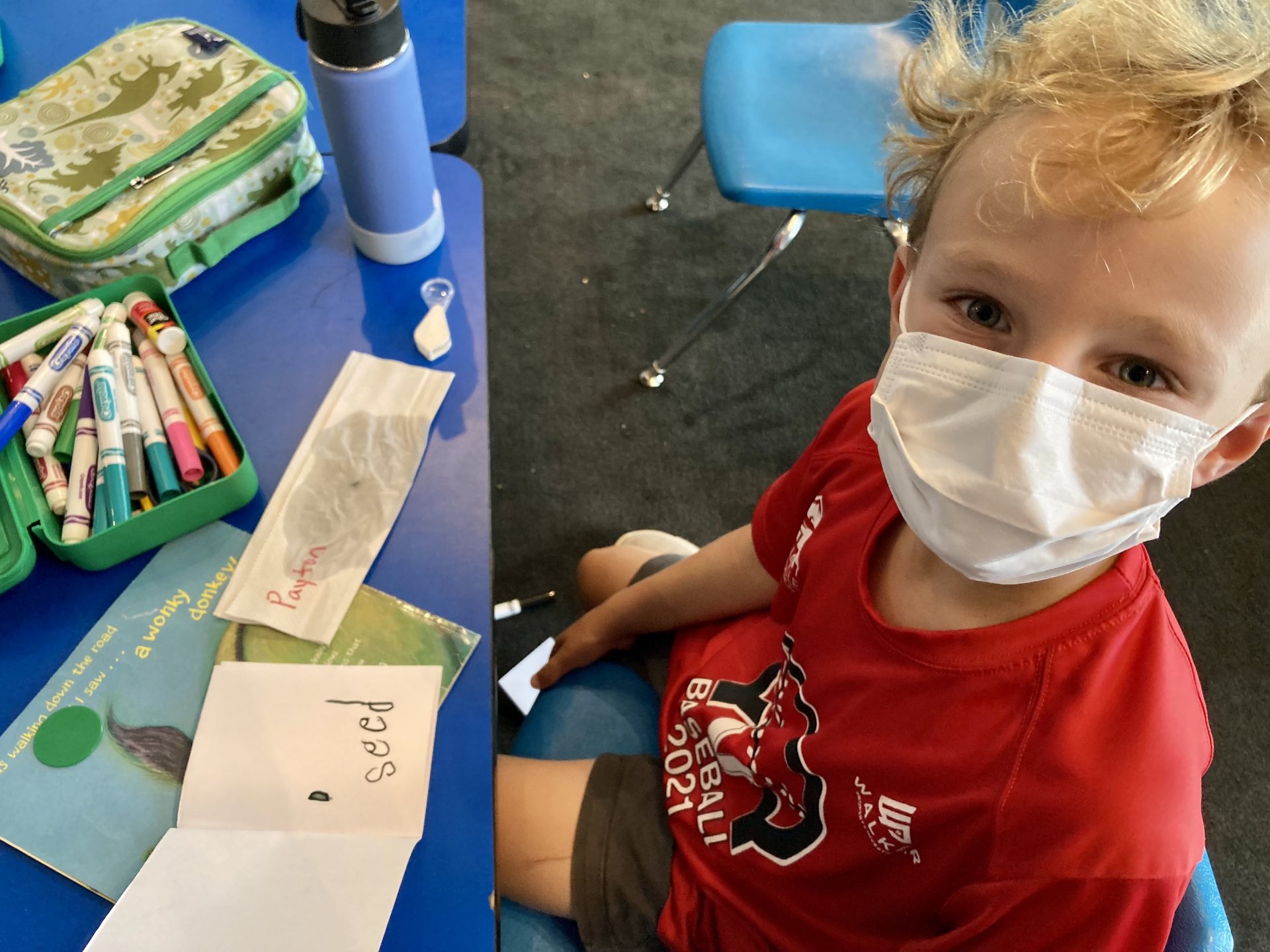 Our upper school students returned from their 3-day camp trips on Saturday hiking a combined vertical of over 350,000′. 4 groups, 4 summits, and a lot of type II fun.